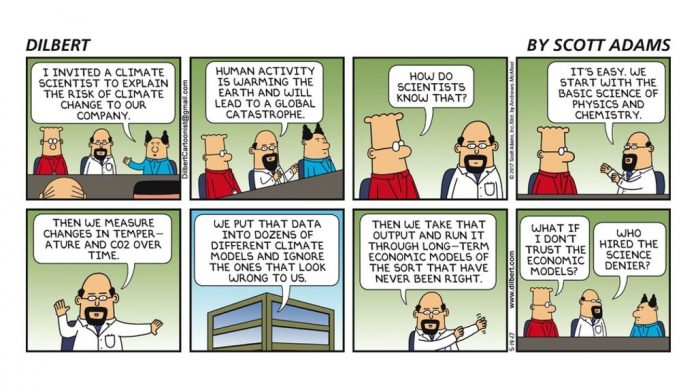 In Scott Adams cartoon on Sunday Dilbert takes on climate change. Why climate change scientist Michael Mann would expect Dilbert to be anything but honest about his real feelings we’re not sure. But what we didn’t expect was Michael Mann’s response on Twitter.

Honored to be featured (?) in Scott Adams (“Dilbert”) expression of climate ignorance. Via @Pharyngula: https://t.co/v4hzBqbThC

Oops, the rest of Michael Mann’s tweets were removed from twitter . . .