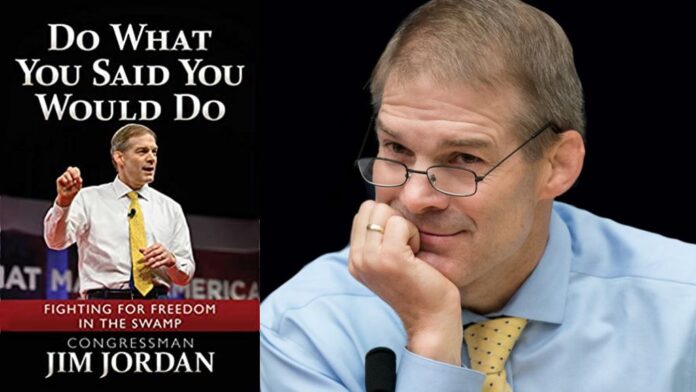 When I woke up on October 2, 2020, I figured it would be like most Fridays in DC. Congress would finish up the week with a few votes on the House Floor and then members would rush to Reagan National Airport to catch a flight home. Polly and I had a mid-afternoon flight; however, we weren’t headed home. We were going to Wisconsin to help a colleague raise funds and to attend the President’s rally in Green Bay…. As I started to put on my workout gear before heading to the House gym, I took a look at my phone. I noticed I had several text messages and missed phone calls from Russell Dye, the top media staffer for our personal office and for Republicans on the House Judiciary Committee. Some of the calls and messages were from after midnight…. I called him right away.

He responded, “Sir, the president has the virus!”

I turned on the TV. It was the only story.… I had traveled to Cleveland with the president three days earlier—I knew I’d have to quarantine until I got tested. I’d been tested before the flight to Cleveland, but that wouldn’t matter now. I’d have to get a new test. No workout this morning, no flight to Wisconsin this afternoon…. First things first. I was scheduled for a Fox and Friends interview that morning in the eight o’clock hour. I grabbed a quick shower and then headed to the office to prep for the interview. We were supposed to discuss the election and how the president was doing in Ohio. But we knew the only topic would be the president contracting the virus…. An hour later I got tested in the House physician’s office.… On that drive home Polly and I talked about all that had transpired that morning. We talked about the president and first lady, and like millions of other Americans, we prayed for their health and for our country. Over the weekend I thought about that day—that one day—Friday, October 2, 2020: it was really a picture of the entire year. 2020 was about the virus and the presidential election. 2020 was all about politics.

In Washington, Jim Jordan is revered as one of the most dogged investigators of government scandal and corruption, relentlessly fighting for the truth, no matter how tough the odds. Raised in rural western Ohio, he trained tirelessly to become one of the greatest amateur wrestlers in the nation at the University of Wisconsin, then went on to coach another generation of world-class athletes at the Ohio State University, while also earning a master’s degree, before entering the political ring. On the mat, Jim Jordan beat some of the best wrestlers the world has ever seen; in politics that same tenacity has earned him victories at the highest levels of government.