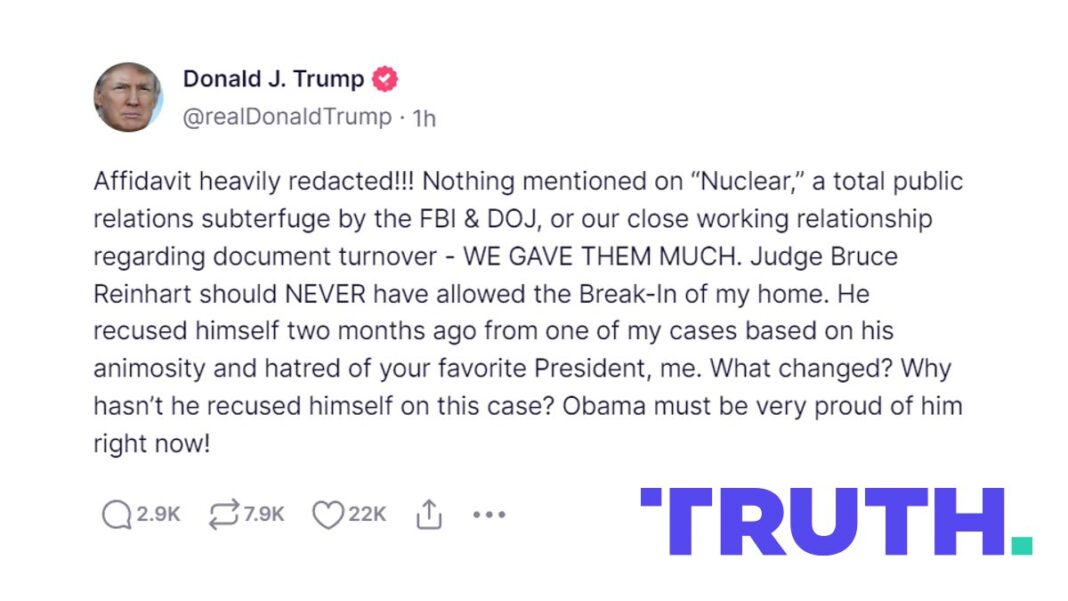 The redacted affidavit released Friday by the Justice Department related to the recent FBI raid on former President Trump’s Florida estate shows the agency in part made their case to return Aug. 8 by saying agents in May had already collected 184 sensitive documents from Mar-a-Lago.

This is a developing story…

“The FBI’s investigation has established that documents bearing classification markings, which appear to contain National Defense Information (NDI), were among the materials contained in the FIFTEEN BOXES and were stored at the PREMISES in an unauthorized location,” the affidavit said.

Documents retrieved earlier this year from Mar-A-Lago included “184 unique documents bearing classification markings, including 67 documents marked as CONFIDENTIAL, 92 documents marked as SECRET, and 25 documents marked as TOP SECRET,” according to the affidavit. “Further, the FBI agents observed markings reflecting the following compartments/dissemination controls: HCS, FISA, ORCON, NOFORN, and SI. Based on my training and experience, I know that documents classified at these levels typically contain NDI. Several of the documents also contained what appears to be FPOTUS’s handwritten notes.”

Trump reacted to the release of the affidavit on his Truth Social account Friday afternoon, saying, “Affidavit heavily redacted!!! Nothing mentioned on ‘Nuclear,’ a total public relations subterfuge by the FBI & DOJ, or our close working relationship regarding document turnover – WE GAVE THEM MUCH.

“Judge Bruce Reinhart should NEVER have allowed the Break-In of my home,” Trump continued. “He recused himself two months ago from one of my cases based on his animosity and hatred of your favorite President, me. What changed? Why hasn’t he recused himself on this case? Obama must be very proud of him right now!”