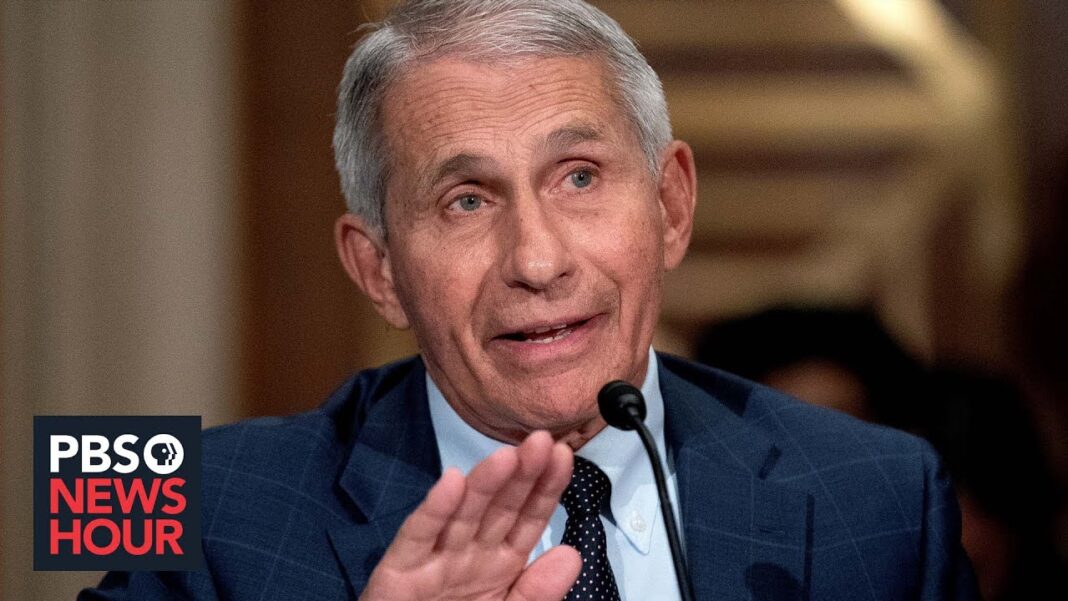 Dr. Anthony Fauci on Sunday said he doesn’t expect a potential COVID-19 vaccine mandate for Americans flying domestically in the near future.

“It’s always discussable. We always wind up discussing it,” Fauci, the director of the National Institute of Allergy and Infectious Diseases, said during an appearance on CNN’s “State of the Union.”

“Right now, I don’t see that immediately,” he said. “I don’t want to say support or not. I think it’s a decision that’s made by input from a number of parts of the government, including public health.”

“I don’t want to be weighing in, because we wind up then having people taking things out of context,” added Fauci, President Joe Biden’s COVID-19 adviser and one of the administration’s public faces regarding its pandemic response.

“We have everything on the table, and it will be discussed by the medical group.”

“The team has a lot of things on the table. Nothing has been taken off the table,” Fauci said on “Meet the Press” on Sept. 19 when pressed on a potential mandate for airlines. “We have not yet gotten to the point of requiring vaccinations on domestic flights, but everything is on the table. We consider these things literally on a daily basis. So suffice it to say, it’s still on the table right now.”

Separately, during an interview on the “Skimm This” podcast last month, he indicated that he would back the idea.

“I would support that if you want to get on a plane and travel with other people that you should be vaccinated,” Fauci said at the time.

“It’s on the table; we haven’t decided yet,” he added. “But if the president said, ‘You know, let’s go ahead and do it,’ I would be supportive of it.”