Dr. Peter McCullough, a renowned Texas-based internist and cardiologist who has raised questions about the efficacy and safety of COVID-19 vaccines, has been suspended from Twitter.

Rep. Thomas Massie (R-Ky.) took to the social media platform on Oct. 7 to condemn the suspension of McCullough’s account.

“To say private companies have this right is to ignore their coordination with government censors, and the undisclosed influence they have on elections,” Massie wrote alongside a screenshot that shows McCullough’s account has been suspended.

Other Twitter users also took to the platform where they noted they can no longer see McCullough’s account, including one board-certified obstetrician-gynecologists who wrote that the “purge has begun,” before urging Tesla CEO Elon Musk to “get a handle on this censorship,” adding that it is “perverse and unethical.”

Musk confirmed his plans to purchase Twitter for $44 billion in an Oct. 3 Securities and Exchange Commission (SEC) filing following a lengthy legal battle with Twitter executives over automated bots and fake accounts.

A number of other medical experts and individuals also condemned Twitter on Thursday for suspending McCullough’s account.

McCullough, the chief medical adviser for the Truth for Health Foundation, had over 512,000 followers on Twitter and has been vocal in questioning just how safe and effective COVID-19 shots, which have been pushed by the Biden administration, are.

At a presentation in Pennsylvania in March, McCullough shared his concerns that vaccines were not sufficiently tested before being rolled out, stating that “important groups were excluded, like pregnant women.”

“With no data on safety and efficacy, pregnant women were encouraged, then later forced, to take the vaccines,” McCullough said.

During that same presentation, he also stated that data has proven that “the messenger RNA is in the lymph nodes months after the vaccine had been received” and that “the vaccines are not leaving the body.” 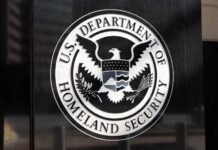 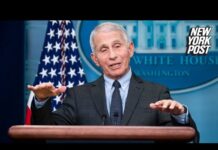