Elon Musk has sold millions more shares in Tesla, according to three separate forms filed with the Securities and Exchange Commission this month.

Musk sold $8.4 billion in shares in April, and at the time wrote on Twitter that there were “no further TSLA sales planned after today.” However, in August, he sold just under $7 billion of his Tesla stock to help fund the Twitter purchase, along with financing from a string of major banks, including Morgan Stanley, the Bank of America, and Barclays.

In August, Musk stated on Twitter that he sold the shares “in the (hopefully unlikely) event that Twitter forces this deal to close *and* some equity partners don’t come through, it is important to avoid an emergency sale of Tesla stock.”

Musk was embroiled in a legal battle with Twitter executives at the time over the number of fake bot accounts on the platform and had attempted to step away from the deal.

Overall, the businessman has sold more than $19 billion worth of Tesla stock since April, when he disclosed his stake in Twitter, including those in Tuesday’s filings.

The majority of Musk’s wealth is tied up in shares of Tesla, which have dropped by more than 50 percent since the start of this year. Despite this, he is still the world’s richest person, with a net worth of $197.4 billion, according to the Forbes real-time billionaire list.

Musk has initiated a string of changes to Twitter since taking over the company, including laying off multiple employees and changing how user accounts are verified. He has also launched an $8 per month subscription fee for Twitter’s “Blue” service in the United States. 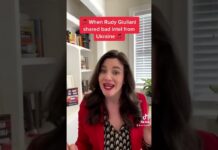