Through a new security partnership called AUKUS, the United States and the United Kingdom will help equip Australia with a fleet of nuclear-powered submarines. Former Chinese navy colonel and military experts from Taiwan say that AUKUS is a “smart move,” and it will be effective in countering Beijing’s maritime aggression.

Cheng Yao, former lieutenant colonel of the Chinese naval command center, told the Chinese edition of The Epoch Times that the AUKUS move is very clever. It forms a military stronghold, with Australia, Japan, and Guam, against Beijing’s aggression into the Pacific Ocean.

Yao said that from the military point of view, it’s necessary for the United States to help Australia. Australia’s geographic location makes it especially important in stopping Beijing’s attempt to break through the first island chain and reach the Pacific Ocean.

With the fast expansion of the Chinese navy in recent years, it is imperative to form an alliance against China’s aggression, which clearly is the U.S. strategy, Yao said.

Regarding Beijing’s threat to Taiwan, Yao thinks that in order to invade Taiwan, Beijing has to first remove the United States from the first island chain. However, Beijing currently does not have the capability to do so. But in 18 months or longer, it might. Therefore, the 18-month timeline of AUKUS addresses this possibility.

According to Yu, Japan has been strengthening the defense to its south and has formed an Indo-Pacific version of the Maginot Line. However, one weak link is the Bashi Channel, located in between Taiwan and the Philippines. It is an important pathway for CCP submarines.

The AUKUS agreement grants Australia long-distance underwater capability to safeguard the Bashi Channel. This will greatly strengthen the overall defense capability along the First Island Chain. 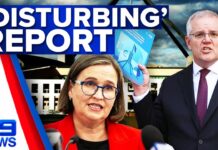 The Great Purge Rolls On in Australian Parliament

Biden-Putin Call a ‘Possibility’ Over Russian Army Buildup Near Ukraine 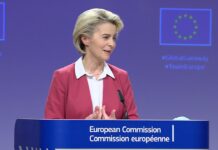