In a CBS News exclusive interview, Norah O’Donnell speaks with Charlotte Bennett, a 25 year old former aide to 65 year old New York Governor Andrew Cuomo. Charlotte alleges Cuomo asked her inappropriate questions about her sex life and about being a survivor of sexual assault. She felt that the governor was propositioning her for sex during a workplace meeting.

Charlotte Bennett told Norah O’Donnell, “Without explicitly saying it, he implied to me that I was old enough for him and he was lonely.”

Governor Andrew Cuomo is now being accused of sexual harassment not just by Lindsey Boylan, but by 5 other women. They include an unnamed women who reportedly works as a staffer in the Executive Chamber, the state’s version of a cabinet who accused Cuomo of inappropriately touching her at the governor’s mansion last year – after she’d been called there for work, according to the Albany Times Union.

The other women include Charlotte Bennett, Karen Hinton, Ana Liss, Anna Ruch, Jessica Bakeman and an unidentified executive staff member and Alyssa McGrath. Below are their stories taken from Fox News.

Karen Hinton, who has worked for the governor and more recently for his rival, New York City Mayor Bill de Blasio, told the Washington Post over the weekend that Cuomo had summoned her to a “dimly lit hotel room” in 2000 and given her an unwanted embrace. Cuomo’s office has denied her claims.

And Ana Liss, 35, who worked for Cuomo between 2013 and 2015, accused him of touching her back and kissing her hand at different times, calling her “sweetheart” at work and asking about her personal life.

A third woman has accused Governor Cuomo of unwanted touching and sexual attention, saying he placed his hands on her face and asked if he could kiss her at her friend’s wedding. A friend took a series of pictures of the incident as it occurred. https://t.co/bgvzBK4vK0 pic.twitter.com/hXvgTvSntQ

Another woman, Anna Ruch, 33, accused Cuomo of making unwanted advances at a wedding reception in 2019.

A member of Cuomo’s staff has also alleged that he closed a door, reached under her blouse and fondled her after he had summoned her to the governor’s mansion in Albany to get help with his cellphone, according to the Times Union of Albany. The woman, whose name was withheld by the newspaper, said that she told Cuomo to stop groping her and she said that he had touched her and flirted with her in the past.

Jessica Bakeman is the seventh victim to come forward. A journalist, Bakeman wrote an article for The New Yorker, Cuomo Never Let Me Forget I Was a Woman, in which detailed her accusations against Cuomo, which involved multiple instances of sexual harassment.

Andrew Cuomo’s hands had been on my body — on my arms, my shoulders, the small of my back, my waist — often enough by late 2014 that I didn’t want to go to the holiday party he was hosting for the Albany press corps at the executive mansion.

A senior adviser to the governor, responding to the allegations before they were first published in the Wall Street Journal Saturday, said it was normal to see politicians kiss both men and women as a greeting.

UPDATE: According to The Times Alyssa McGrath, 33, a current administrative assistant in Cuomo’s office, said,

“I put my head down waiting for him to start speaking, and he didn’t start speaking. So I looked up to see what was going on. He was blatantly looking down my shirt.”

Cuomo also quizzed her about her marital status, and told her she was beautiful, using an Italian phrase her parents had to interpret for her.

Although McGrath didn’t say the governor made sexual contact with her, she did think his behavior should be labeled as sexual harassment.

Alyssa McGrath recalled Cuomo kissing her on the forehead and gripping her firmly around the sides while posing for a photo during a 2019 office Christmas party.

Sheryl Ville, 55, made new allegations against Andrew Cuomo during a Zoom news conference with attorney Gloria Allred. She described a spring 2017 visit to her Rochester-area home to inspect the aftermath of flooding near Lake Ontario. 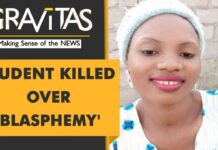