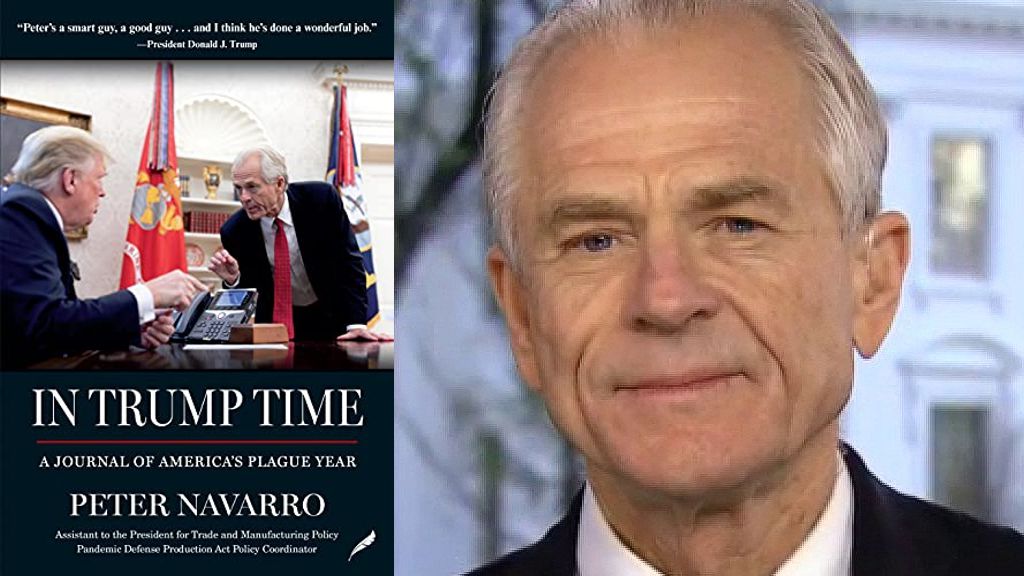 Peter Navarro, a White House adviser during the Trump administration, pleaded not guilty on June 17 to contempt of Congress charges.

Navarro was hit with the misdemeanor charges earlier in June, after declining to cooperate with the House of Representatives panel investigating the Jan. 6, 2021, breach of the U.S. Capitol, citing executive privilege due to his former position at the White House.

Navarro had been representing himself before the issue turned into a criminal one.

“Obviously being put in leg irons and having people want to put me in prison have changed matters,” Navarro told reporters outside the federal courthouse in Washington.

Navarro has also said he was denied a call to a lawyer after being arrested, which prosecutors have denied.

During Friday’s hearing, Navarro’s attorneys asked for the trial to take place in 2023 so that constitutional questions surrounding the privilege invocation could be resolved, WUSA-TV reported.

They also said Navarro plans to go on a tour beginning in September promoting his new book, “Taking Back Trump’s America: Why We Lost the White House and How We’ll Win it Back.”

Prosecutors said the government was ready to start the trial sooner.

U.S. District Judge Amit Mehta set the start of the trial for Nov. 17, but indicated that might not be the final trial date.

Navarro is the second former Trump adviser charged for refusing to cooperate with the House Jan. 6 panel.

Steve Bannon, who has also cited privilege, was the first.

Bannon’s motion to dismiss the charges was rejected by U.S. District Court Judge Carl Nichols, a Trump appointee, this week.

Bannon’s attempts to subpoena House Speaker Nancy Pelosi (D-Calif.)—who appointed every member of the panel—and members of the panel, have not yet been ruled upon.

Two other former Trump aides who have resisted working with the panel have not been charged.