Wokal Distance, an expert in postmodernism and critical theory, explained how the influences of these two ideologies created the “woke” mindset that is behind the attempt to cancel Joe Rogan. The woke believe they are justified to take anything someone says or does out of context, and criticize and shame them for it, he said.

“When Joe Rogan says, ‘But I’m not a racist,’ and he tries to give the context for what he said, what do we do? We say: impact, not intent. ‘It doesn’t matter what you meant, Joe. It matters how we’re interpreting it, and we’re allowed to do that,’” said Wokal Distance, a Twitter pseudonym for Michael Young, a visiting fellow at the Center for Renewing America, on EpochTV’s “American Thought Leaders” in a Feb. 9 interview.

He explained how, since the 1960s, postmodernism and critical theory converged to create the unforgiving cancel culture that exists today.

“Critical theory says that the assumptions and presuppositions our society rests on need to be criticized ruthlessly,” he said. “And so that’s everything from reasoning, logic, beliefs, tradition, practices—anything that our society has produced needs to be critiqued along these lines.”

“If you think about postmodernism as being like a solvent or an acid, when you throw the acid onto the piece of metal, the metal doesn’t just evaporate like that, it takes time. The dissolving of objective truth isn’t an overnight process, but it’s been chipped away at, it’s been rusting slowly,” he said.

Critical theory was made well known by a group of neo-Marxist thinkers at the Frankfurt School in Germany. “They forged a tool or discipline or way of doing analysis called critical theory,” he said.

“The underlying assumption of critical theory is that we are being dominated or oppressed by our society. So, questioning the legitimacy of every single aspect of our civilization is deemed necessary to achieve liberation from all of the oppression.”

A member of the Frankfurt School and philosopher, Max Horkheimer was famous for his work in critical theory and, “said that critical theory can’t just have any direction of moral vision, the moral vision must be geared toward the ‘Emancipation’ quote of human beings,” said Wokal Distance.

He explained that the Neo-Marxist starting point is that some are oppressors and some are oppressed, who need to be liberated from the existing patriarchal, sexist, straight, racist, society.

He said that the education system has been used to spread such ideology throughout the entire society.

“It is a view that has been kind of absorbed by people who live in the media ecosystem. So, people who work in music, movies, television, journalism, those sorts of people have adopted elements of this, they have adopted this kind of worldview,” he said. 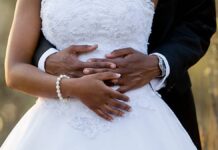 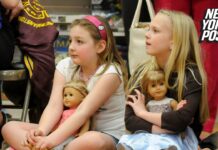 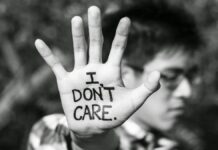