Faithless Town’s new single is a message of freedom and defiance in a time of extreme government overreach and authoritarian measures.

“Live Free” is the new single from the upcoming album Into The Light vol. 1, the first part of a two-part album, which is slated for release this spring on April 29th.

The video that accompanies the single is a compilation of footage from the massive freedom rallies that have taken place all over the world over the last two years in response to government imposed restrictions. The video content appears courtesy of Oracle Films and Children’s Health Defense.

Link to video on Rumble:

Faithless Town is an original rock band based in Atlanta, Georgia. Funded by fans through a successful Kickstarter campaign, their first full-length album, American Refugee (2012) featured the single “Ghosts Of My Hometown” which received FM radio play throughout the American Southeast. Their sophomore album, EMPIRES, featuring the singles “California Come Home” & “New World Order” was released by Spectra Records in 2020.

Faithless Town has played some of the most famous stages in the country, including The Whisky a Go Go and The Viper Room. They have also supported such acts as Chris Knight, Graham Colton, and Jake Clemons of Bruce Springsteen’s E Street Band. 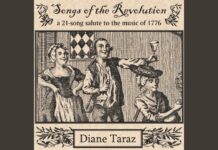 Songs of the Revolution: A 21-song salute to the music of 1776 By Diane Taraz 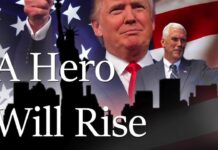