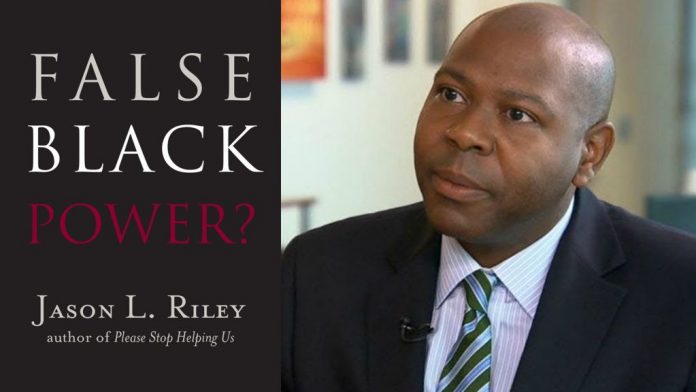 Black civil rights leaders have long supported ethnic identity politics and prioritized the integration of political institutions, and seldom has that strategy been questioned. In False Black Power?, Jason L. Riley takes an honest, factual look at why increased black political power has not paid off in the ways that civil rights leadership has promised.

Recent decades have witnessed a proliferation of black elected officials, culminating in the historic presidency of Barack Obama. However, racial gaps in employment, income, homeownership, academic achievement, and other measures not only continue but in some cases have even widened. While other racial and ethnic groups in America have made economic advancement a priority, the focus on political capi­tal for blacks has been a disadvantage, blocking them from the fiscal capital that helped power upward mobility among other groups.

Riley explains why the political strategy of civil rights lead­ers has left so many blacks behind. The key to black eco­nomic advancement today is overcoming cultural handicaps, not attaining more political power. The book closes with thoughtful responses from key thought leaders Glenn Loury and John McWhorter.

“What makes this book shine is the clarity of its logic and accessibility of its writing style. In a short book, Riley makes his case powerfully. . . . He also had the guts to include critiques from two leading black intellectuals, John McWhorter and Glenn Loury, and his response. This is a man to respect because he is after the truth and results, not cheap points.” —Thomas Lifson, American thinker

“I have just finished reading part I of Jason Riley’s new book False Black Power?, which NRO is excerpting today, and I want to recommend it right away as highly as I can”  —Roger Clegg, National Review

“The thrust of his slim but significant new book, False Black Power?, from Templeton Press, is the politically incorrect conclusion that black “political clout is no substitute for self-development.” —Mark Tapson, Front Page Mag

Jason L. Riley is a senior fellow at the Manhattan Insti­tute, a columnist for the Wall Street Journal, and a commen­tator for Fox News. He lives in suburban New York City with his wife and three children.

Glenn C. Loury is the Merton P. Stoltz Professor of the Social Sciences and professor of economics at Brown University. His books include One by One from the Inside Out: Essays and Reviews on Race and Responsibility in America; The Anatomy of Racial Inequality; and Race, Incarceration, and American Values. Among other honors, he has been elected a distinguished fellow of the American Economic Association, a fellow of the Econometric Society, a member of the American Philosophical Society, and a member of the U.S. Council on Foreign Relations.

John McWhorter is associate professor of English and Comparative Literature at Columbia University. He is the author of The Power of Babel, Doing Our Own Thing, Our Magnificent Bastard Tongue, The Language Hoax, Words on the Move and, most recently, Talking Back, Talking Black. He is a regular columnist on language matters and race issues for Time and CNN, writes for the Wall Street Journal Taste page, writes a regular column on language for the Atlantic, and hosts the Lexicon Valley podcast at Slate.