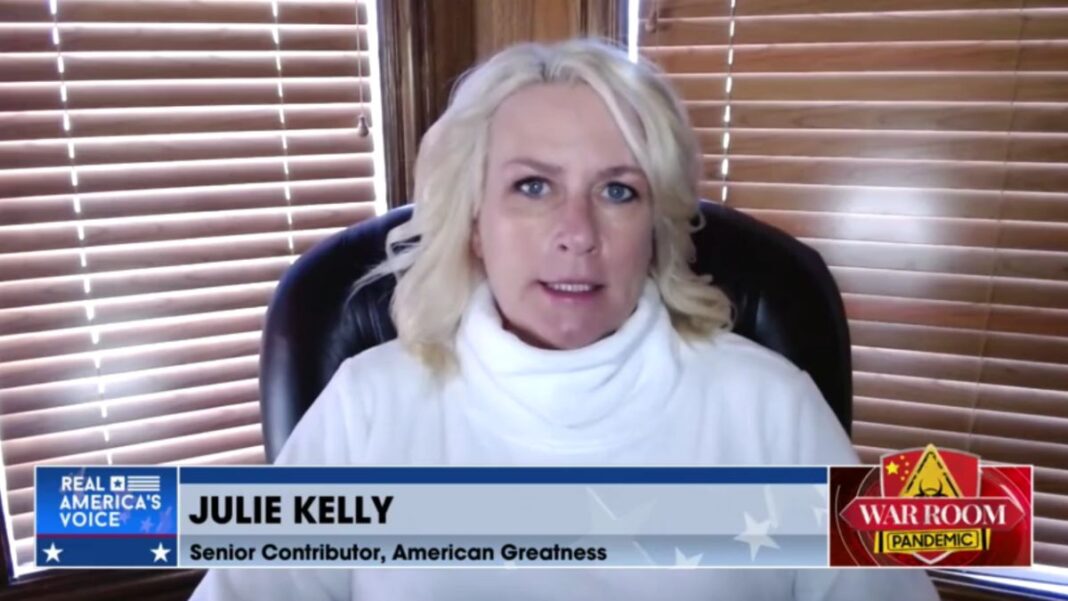 Julie Kelly of American Greatness has been one of the the leading voices in support of due process for the Jan. 6 protesters.

“I think we are up to about 700 defendants now. The FBI is arresting people every week…. They are delaying discovery obligations. They still don’t have a platform accessible for all the defendants and defense attorneys to access thousands of hours of surveillance video… They are now pushing trials into the middle of next year even for defendants that were arrested a week after the disturbance on Capitol Hill… It is ruining the lives of people, hundreds of people across the country… The overwhelming majority, probably 80 percent, are charged with misdemeanor offenses… But it doesn’t matter because the FBI is still raiding their homes at dawn with armed agents, arresting them at airports, tracking them down…”

After listening to Kelly, watch the next video of Cynthia Hughes and attorney Joseph McBride talking about the inadequate legal representation that many of the Jan. 6 defendants have had appointed. McBride and Hughes are working to bring in new counsel for many of the defendants.