The FBI’s Cyber Division issued a warning about potential cyberattacks on agricultural cooperatives and food plants amid increasing media coverage of recent fires and explosions at food processing plants across the United States.

“Ransomware actors may be more likely to attack agricultural cooperatives during critical planting and harvest seasons, disrupting operations, causing financial loss, and negatively impacting the food supply chain,” the FBI’s recent notice said (pdf), adding that ransomware attacks in 2021 and early 2022 could disrupt the planting season by affecting “the supply of seeds and fertilizer.”

“In July 2021, a business management software company found malicious activity on its network, which was later identified as HelloKitty/Five Hands ransomware. The threat actor demanded $30 million USD ransom,” the agency said in one of its examples.

And last month, a grain company that operates in several states experienced a Lockbit 2.0 ransomware attack, the bureau wrote. The firm also processes fertilizer and seeds, and provides logistics for agricultural services.

“Six grain cooperatives experienced ransomware attacks” between mid-September 2021 and October 2021, the FBI said. “A variety of ransomware variants were used, including Conti, BlackMatter, Suncrypt, Sodinokibi, and BlackByte. Some targeted entities had to completely halt production while others lost administrative functions.”

It comes as an increasing number of fires—and even explosions—have been reported at food processing facilities across the country, according to reports, which were even featured during a segment on Fox News’ “Tucker Carlson Tonight” on April 22.

On April 14, a fire destroyed a food processing plant in the agricultural hub of Salinas, California, officials confirmed. City officials said at the time that an ammonia-triggered explosion sparked the fire at the Taylor Farms Processing Facility. 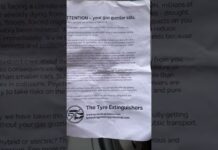 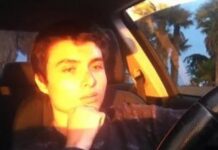 The Active Shooter’s Hidden Message – I am the Victim! 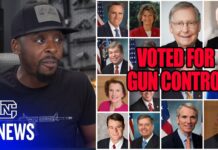