The Federal Reserve raised the benchmark federal funds rate by 75 basis points to a target range of 3 percent to 3.25 percent on Sept. 21, matching market expectations. Fed officials indicated that further big increases were likely at two remaining meetings this year.

The Federal Open Market Committee (FOMC) has lifted its benchmark rate to its highest level since 2008, marking the committee’s third consecutive three-quarter-point increase.

Markets had widely anticipated that the Fed was going to announce a 75-basis-point rate boost. However, due to a higher-than-expected August inflation report, there was some speculation that the Fed could surprise the markets with a 100-basis-point increase to the fed funds rate.

The Fed’s so-called dot plot—a chart that shows each Fed official’s forecast for short-term interest rates—was revised upward. Officials now expect rates to end the year at 4.4 percent, up from 3.4 percent in the prior forecast, and to reach 4.6 percent in 2023, up from 3.8 percent previously.

The Fed stated that it’s “highly attentive to inflation risks.”

“Recent indicators point to modest growth in spending and production. Job gains have been robust in recent months, and the unemployment rate has remained low. Inflation remains elevated, reflecting supply and demand imbalances related to the pandemic, higher food and energy prices, and broader price pressures,” the FOMC said in a statement.

“Russia’s war against Ukraine is causing tremendous human and economic hardship. The war and related events are creating additional upward pressure on inflation and are weighing on global economic activity.”

The futures market now sees an 89 percent chance of the Fed raising rates by an additional 75 basis points at the November FOMC meeting.

According to the Summary of Economic Projections, the Fed sees the median growth in real gross domestic product (GDP) to come in at 0.2 percent this year and 1.2 percent in 2023. That’s down from the 1.7 percent forecasts in December for both years. At least one central bank official thinks the economy will contract 0.3 percent in 2023. 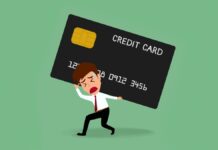 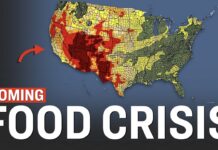