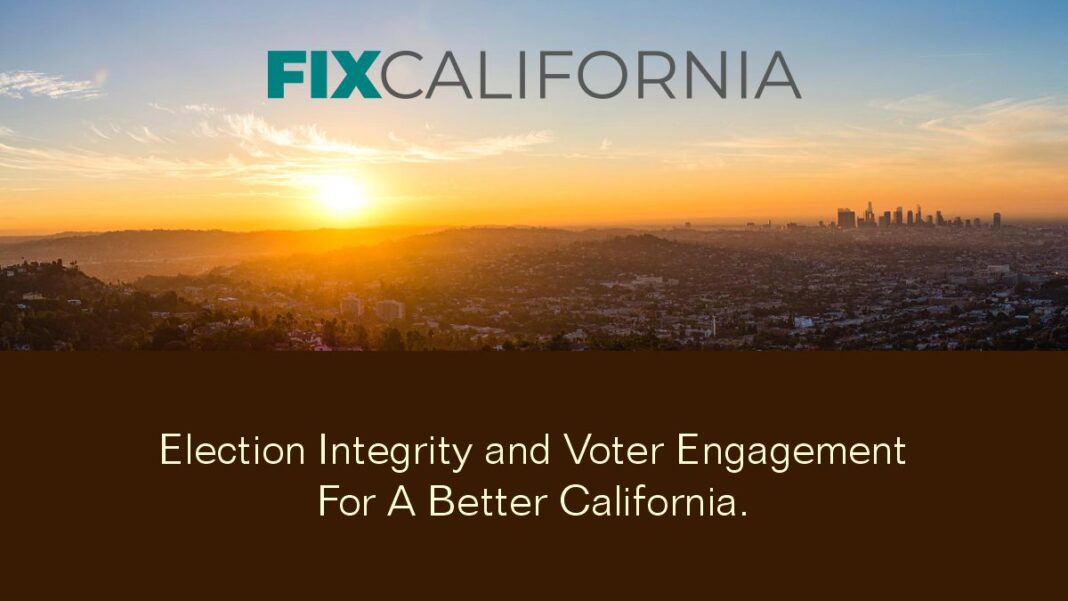 Election Integrity and Voter Engagement For A Better California.

California is a magnificent state and we deserve better than the failed leadership and partisan politics of our elected officials. The first step in taking back our state is making sure the playing field is even and the laws governing our elections are enforced.
~ Ric Grenell, Founder, Fix California

Fix California is committed to pursuing long-term solutions that advance conservative ideas and causes through out the state. The left’s stranglehold on our state has decimated industries, families, and our way of life. In order to restore the promise of the Golden State, we must do the hard work now.

Free and fair elections are the cornerstone of our Republic. In California, state and county election officials have abandoned their responsibility to protect our elections and ensure that the voices of Californians are heard. Fix California is committed to holding these officials accountable and establishing a better process that protects every vote.

The challenges our state faces are beyond politics and partisanship. To fix California, we must deliver a world-class education through choice and competition. We must pursue responsible environment and energy policy, to drive an economy that not only encourages innovation, but also extends the ladder of opportunity to every California.

Common sense solutions have been absent in Sacramento, in part because many hardworking Californians are not registering to vote. We are committed to registering and engaging a new, diverse coalition of pro-freedom Californians around issues and causes that will improve the lives of every resident.

Transformational education reform is a cornerstone of our efforts to Fix California, and we are committed to advocating for school choice for all Californians. We believe students should be funded, not systems. Governor Newsom’s continued attacks on our freedoms and his talk of more lockdowns, emergency orders, social distancing and fear mongering has only increased the challenge of collecting 1.5 million signatures for a school choice initiative that competes with a similarly worded initiative – therefore, we will suspend our ballot initiative and encourage all those who want to continue this effort in 2022 to support the initiative from Californians for School Choice. While we initially had some differences in language, their effort presents a good alternative to the failing status quo.  We encourage everyone to read their initiative and consider supporting it: https://www.californiaschoolchoice.org

Ric Grenell is not your typical Republican.

He is seen by many as the embodiment of the American First agenda through his bold approach as one of the nation’s top diplomats and during his transformative service as the Acting Director of National Intelligence.

Born in Michigan, Grenell went to Elementary school in Redwood City, California, and high school in Jenison, Michigan. He describes himself as an “imperfect follower of Christ,” who was driven into public service through his faith. He has worked for decades to advance conservative policies and candidates as a principled and consistent voice for the American people.

Prior to becoming the longest serving U.S. political appointee at the United Nations, Ric served as a top advisor to San Diego Mayor Susan Golding. He has since gone on to become one of the most impactful diplomats in American history. As the U.S. Ambassador to Germany, Ric advanced President Trump’s America First policies, facing down international foes like Iran and Hezbollah. Ric’s effectiveness earned him the ire of some in the international political establishment and among European leftists, which he relished.

It was also during this period that Ambassador Grenell was appointed by President Trump to spearhead the Administration’s effort to decriminalize homosexuality across the globe.

Ric was the Special Presidential Envoy for Serbia and Kosovo Peace Negotiations, where he was able to broker an historic Economic Normalization deal. His role in the effort earned him the Presidential Medal of Merits from Kosovo President Thaçi. At the request of President Trump in 2020, Ric served as the acting Director of National Intelligence. This appointment meant Ric became the first Senate-confirmed Cabinet member who was openly gay – a reality the media has tried to ignore.

Ric resides in Southern California with his partner, Matt, and their dog, Lola. 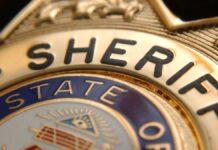 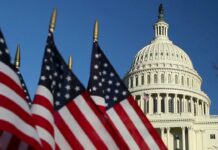