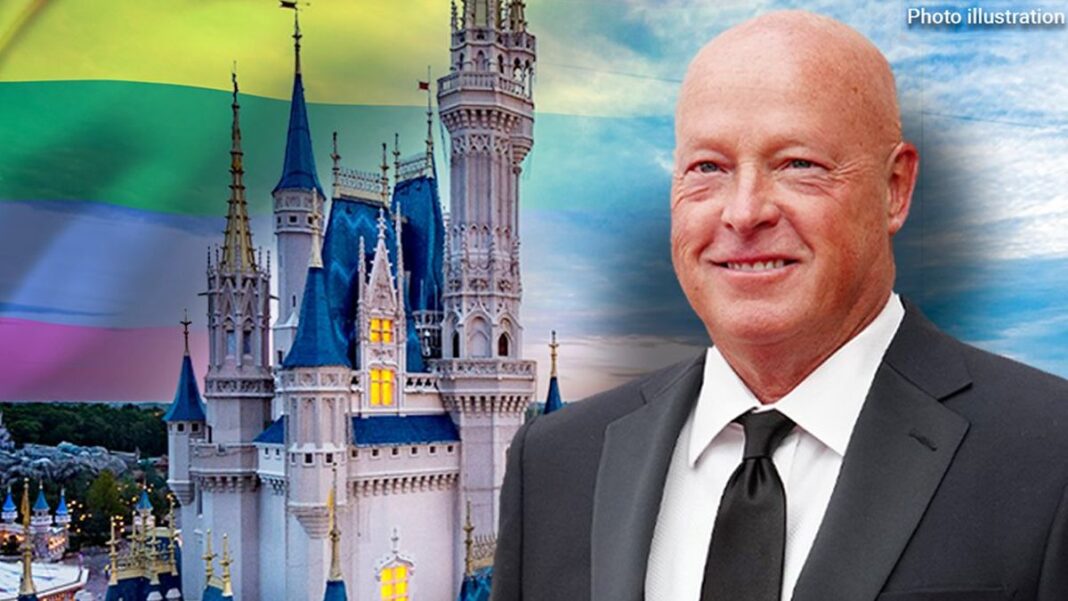 ‘The only way they can get to Détente on this is Bob Chapek is going to have to go.’

As the battle between Florida and Disney escalates following Gov. Ron DeSantis signing the “Parental Rights in Education” bill into law, one Sunshine State lawmaker says Disney “stepped in quicksand and made a drastic unforced error.”

As The Epoch Times reported April 1, DeSantis floated the possibility at a March 31 press conference in Ponte Vedra Beach that lawmakers in the Sunshine State might repeal the 1967 Reedy Creek Improvement Act in response to Disney’s ongoing opposition to the recently signed “Parental Rights in Education” law, dubbed by liberal opponents as the “Don’t Say Gay” bill. State Rep. Spencer Roach, a Republican, revealed through social media that lawmakers had already met twice to discuss the idea, saying “if Disney wants to embrace woke ideology, it seems fitting that they should be regulated by Orange County.”

The announcement came as part of the ongoing feud between Disney and the state of Florida since the governor signed the bill into law. Previously silent about the bill until he faced backlash from a minority of Disney’s LGBT employees, Disney CEO Bob Chapek issued a statement on March 11, apologizing to them for not being a “stronger ally.” In a show of action, Chapek also announced Disney would put an immediate stop to all political donations in Florida. In a subsequent demonstration of solidarity, Disney Corporation issued a statement vowing that its new goal was to have “this law to be repealed by the legislature or struck down in the courts” and to support organizations working to make that happen. DeSantis quickly reminded Disney that Florida “is governed by the interests of the people of the state of Florida—it is not based on the demands of California corporate executives.”

Recent polling shows the overwhelming majority of Florida’s primary voters, including a significant majority of Democrats, strongly support this legislation. Breitbart reported that “a flood of families are canceling Disney memberships” to their amusement parks and the Disney+ streaming service. The hashtag, “BoycottDisney” trended on social media and one of the largest mothers’ advocacy organizations in the United States, Moms for Liberty, has warned Disney of the pushback it will face if it does not stop interfering with Florida’s laws.

“CEO Bob Chapek needs to be removed,” Roach asserted on social media April 3. “A man obsessed with sexualizing 4-year-olds should not run a company that built its brand on preserving the innocence & magic of childhood.”

CEO Bob Chapek needs to be removed. A man obsessed with sexualizing 4 year-olds should not run a company that built its brand on preserving the innocence & magic of childhood. https://t.co/xTaY2OAxIG

“I think Disney leadership is well aware they have stepped in quicksand and made a drastic unforced error,” Roach told The Epoch Times. “I think they are aware of how badly they’ve messed up here and the only way they can get to détente on this is Bob Chapek is going to have to go. I think his days are numbered and he’s going to be out as CEO in very short order. Whoever comes in is going to have to publicly acknowledge to some extent that Disney is not going to be held hostage by a small number of employees who think they can dictate Disney’s political stance and if some employees don’t like that they are going to have to leave.”