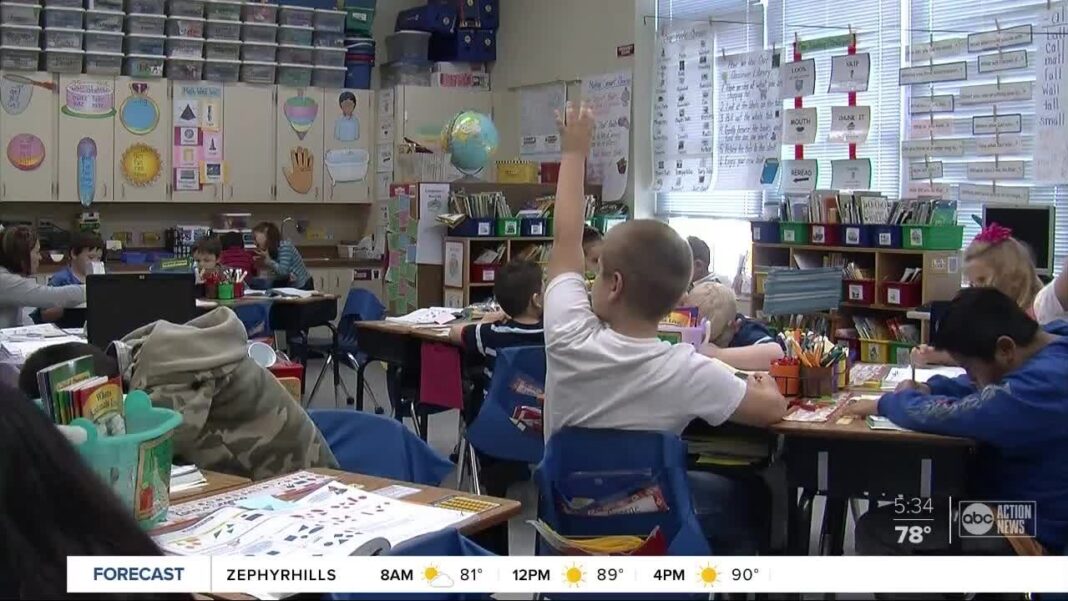 Florida’s Department of Education has rejected dozens of K–12 mathematics textbooks after officials said they include “indoctrinating concepts,” such as critical race theory (CRT).

According to Florida Education Commissioner Richard Corcoran, his department reviewed 132 submitted textbooks and found that 54 of them, or 41 percent, didn’t meet Florida’s K–12 curriculum standards or contained prohibited topics.

“Reasons for rejecting textbooks included references to Critical Race Theory (CRT), inclusions of Common Core, and the unsolicited addition of Social Emotional Learning (SEL) in mathematics,” the department said in an April 15 statement. “The highest number of books rejected were for grade levels K–5, where an alarming 71 percent were not appropriately aligned with Florida standards or included prohibited topics and unsolicited strategies.”

Specifically, 28 rejected textbooks “incorporate prohibited topics or unsolicited strategies” including CRT, 12 don’t properly align with Florida standards, and 14 were rejected for both reasons.

“It seems that some publishers attempted to slap a coat of paint on an old house built on the foundation of Common Core and indoctrinating concepts like race essentialism, especially, bizarrely, for elementary school students,” Florida Gov. Ron DeSantis said. “I’m grateful that Commissioner Corcoran and his team at the department have conducted such a thorough vetting of these textbooks to ensure they comply with the law.”

Under current Florida law, public schools are prohibited from teaching key concepts of CRT, such as that one should feel guilt or shame because of his or her race or that the United States is inherently racist. Florida parents can sue school districts they suspect of incorporating CRT concepts and recover attorney fees if they prevail.

In 2020, Florida officially removed Common Core and adopted the Benchmarks for Excellent Student Thinking (BEST) standards. The state plans to fully implement the new standard after 2023, giving school districts approximately three years to familiarize their teachers with the new benchmarks and purchase new textbooks and other instructional materials.

DeSantis called the new standards a “return to the basics of reading, writing, and arithmetic.”