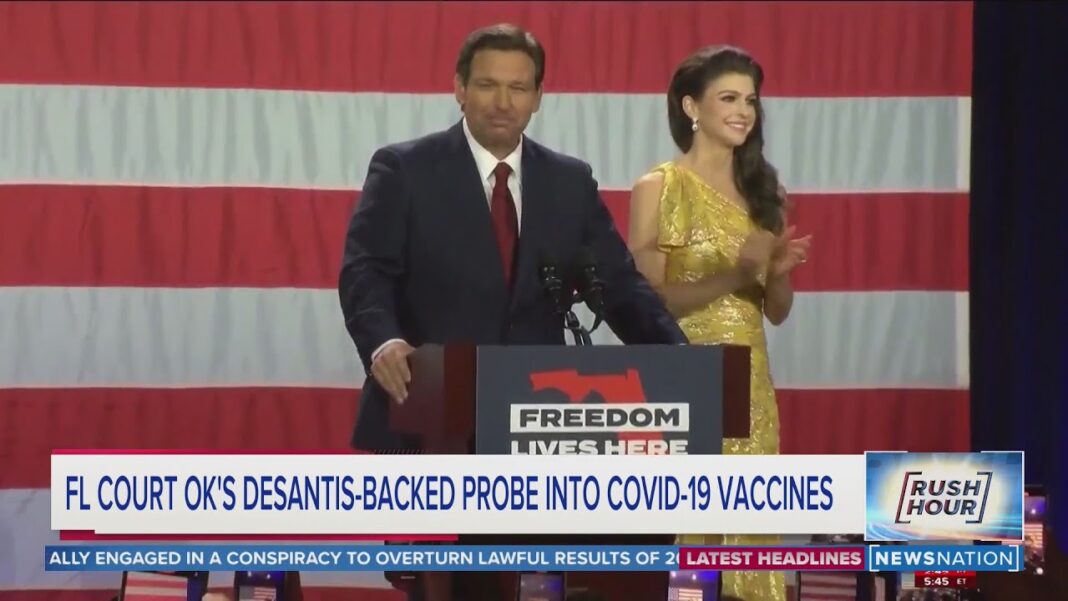 The Florida Supreme Court announced Thursday it approved a request by Gov. Ron DeSantis to impanel a statewide grand jury to investigate any wrongdoing related to COVID-19 vaccines.

“A statewide grand jury shall be promptly impaneled for a term of twelve calendar months, to run from the date of impanelment, with jurisdiction throughout the State of Florida, to investigate crime, return indictments, make presentments, and otherwise perform all functions of a grand jury with regard to the offenses stated herein,” reads the court order (pdf) issued Thursday.

DeSantis, a Republican, is seeking to investigate Pfizer-BioNTech and Moderna and their executives, as well as other medical associations or organizations involved in the provision of the COVID-19 vaccines in Florida.

Among other things, the governor seeks to probe whether any deceitful information was disseminated about “vaccines purported to prevent COVID-19 infection, symptoms, and transmission.”

DeSantis had petitioned the seven-member court for the investigation earlier this month. Out of the seven judges on the Florida Supreme Court, DeSantis had appointed four of them.

At least five justices must participate in every case and at least four must agree for a decision to be reached. A panel of six justices, three of whom were appointed by DeSantis, approved the governor’s request. Chief Justice Carlos Muniz, and Justices Charles Canady, Ricky Polston, John Couriel, and Jamie Grosshans voted yes, while Justice Jorge Labarga voted no.

The Florida Supreme Court appointed Tampa-based judge Ronald Ficarrotta to preside over the grand jury, which is to meet for one year. Grand jury members are expected to be drawn from five judicial circuits. Statewide grand juries are usually made up of 18 members.