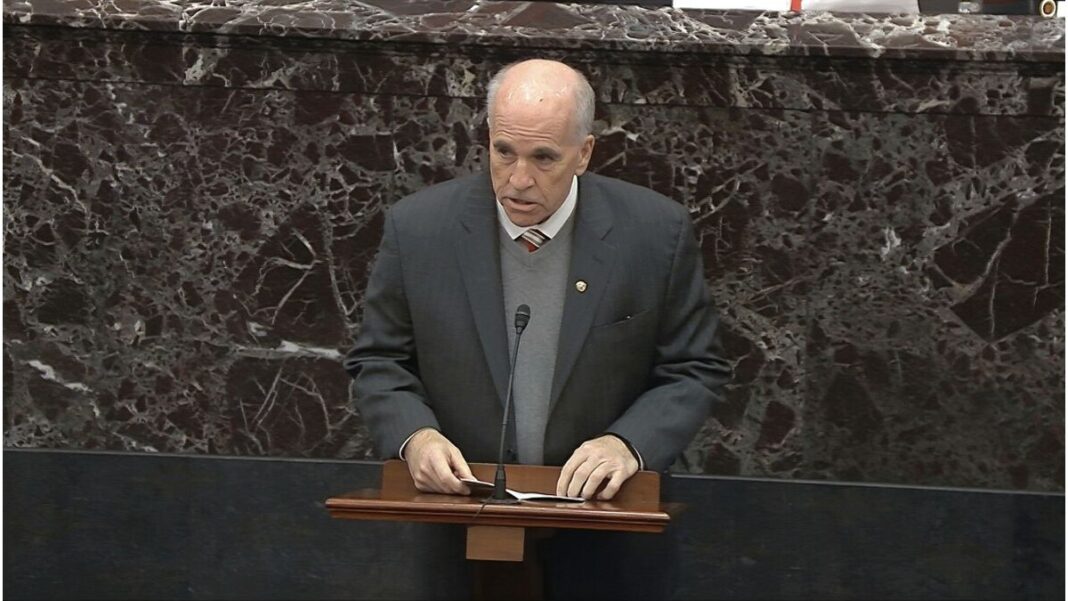 He resigned at the request of Sen. Mitch McConnell

Michael Stenger, the former U.S. Senate sergeant-at-arms who was in charge of Senate security during the breach of the U.S. Capitol on Jan. 6, 2021, died on June 27.

The circumstances and cause of Stenger’s death were not immediately clear.

Stenger, 71, of Falls Church, Virginia, resigned the day after the Capitol violence, at the request of then-Senate Majority Leader Mitch McConnell, who hired Stenger for the post in April 2018. Stenger served as the 41st sergeant-at-arms of the U.S. Senate.

In remarks (pdf) before a congressional hearing on Feb. 23, 2021, Stenger called the events of Jan. 6 “a violent, coordinated attack where the loss of life could have been much worse.” He called for an investigation of “professional agitators” at the January 6 protests.

“There is an opportunity to learn lessons from the events of January 6th,” he testified. “Investigations should be considered as to funding and travel of what appears to be professional agitators.”

Former U.S. Capitol Police Chief Steven Sund said Stenger and then-House Sergeant-at-Arms Paul Irving balked at his initial request to put the National Guard on alert after it was apparent that huge crowds were gathering on Jan. 6. National Guard forces did not arrive at the Capitol until after 5:30 p.m.

Stenger, Sund, and Irving resigned on Jan. 7, 2021, in the wake of protests and rioting across the Capitol grounds.

Stenger and Irving also served on the Capitol Police Board, which oversees the 2,200-member U.S. Capitol Police force. The other member of the board is Capitol Architect J. Brett Blanton.