Ifop pollsters predicted a tight runoff, with 51 percent for Macron and 49 percent for Le Pen. In 2017, he won with 66.1 percent of the votes.

Le Pen, who had eaten into the president’s once-commanding 10-point poll lead in recent weeks, said she was the one to protect the weak and unite a nation tired of its elite.

To cheers of supporters chanting “We will win! We will win!” Le Pen said she wanted to unite all French. The runoff “will be a choice of civilization,” she said, adding that her platform would protect the weak and make France independent.

Not for two decades has a French president won a second term.

Barely a month ago, Macron was on course to comfortably reverse that, riding high in polls because of strong economic growth, fragmented opposition, and his statesman role in trying to avert war on Europe’s eastern flank.

But he paid a price for late entry into the campaign during which he eschewed market walkabouts in provincial France in favor of a single big rally outside Paris. A plan to make people work longer also proved unpopular, enabling Le Pen to narrow the gap in opinion polls.

She, by contrast, for months toured towns and villages across France, focusing on cost-of-living issues that trouble millions and tapping into anger towards the political elite. 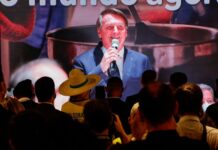 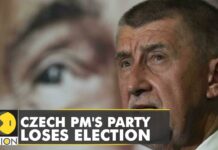 Czech Voters Oust Communists From Parliament for 1st Time Since 1948