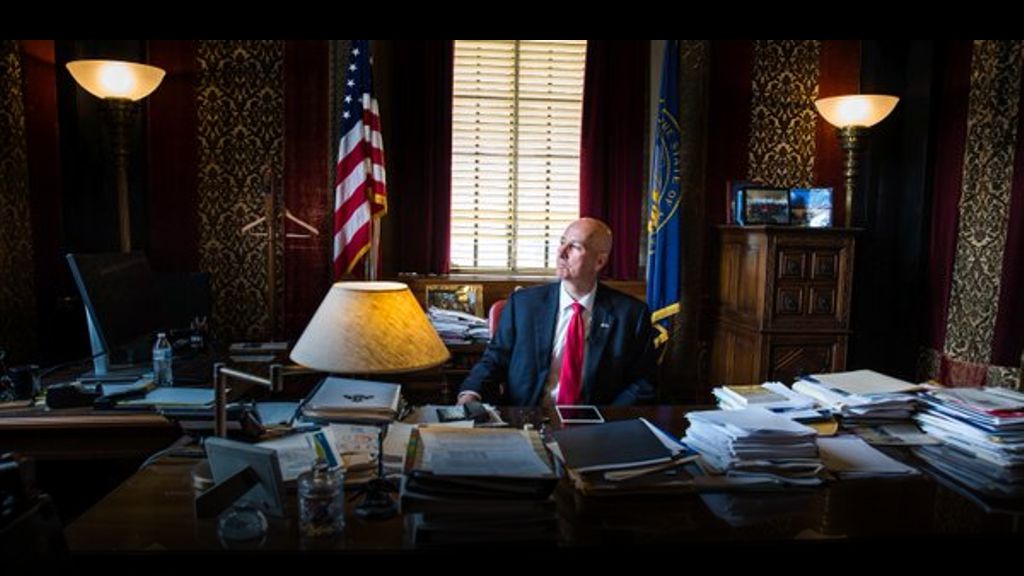 Steering the flagship farming state of Nebraska, Gov. Pete Ricketts has been all about opening doors for the world’s markets to access his state’s plentiful produce. From top-quality beef raised on the lush Great Plains pastures to the premier agri-tech that assists the growing of crops around the world, Nebraska has been exporting billions of dollars worth of products, a lot of it to East Asia.

It made perfect sense to Ricketts to lead a trade mission to China in 2016 in an effort to expand the market further yet.

What happened on the trip, and in the following years, however, gave the Republican a rude awakening.

China started opening up to foreign trade in the 1970s, after the death of Mao Zedong brought an end to the horrors of the Cultural Revolution, which had left the country on the brink of economic collapse. Bit by bit, the communist regime developed a sophisticated regimen of soft-soaping foreign officials and businessmen.

Ricketts was welcomed with open arms and showered with swooning puff pieces in state-run media.

Yet, as he found out, the country’s economic reforms had political deception baked into them. As the former head of the Chinese Communist Party (CCP) Deng Xiaoping put it, the strategy was to “say right, go left.”

Ricketts soon realized the regime was never interested in a good-faith relationship.

“While we were over there, some very disturbing things happened,” he told The Epoch Times in an exclusive interview.

“Members of our delegation were being followed in a very clumsy sort of way,” he said. “It was very clear that we were being monitored.”

One member of the delegation was targeted in particular. One day, when he returned to his hotel room in the evening, he found out his hard drive had been stolen, Ricketts said.

The incident alerted the governor to the levels the CCP would stoop to in order to steal trade secrets.