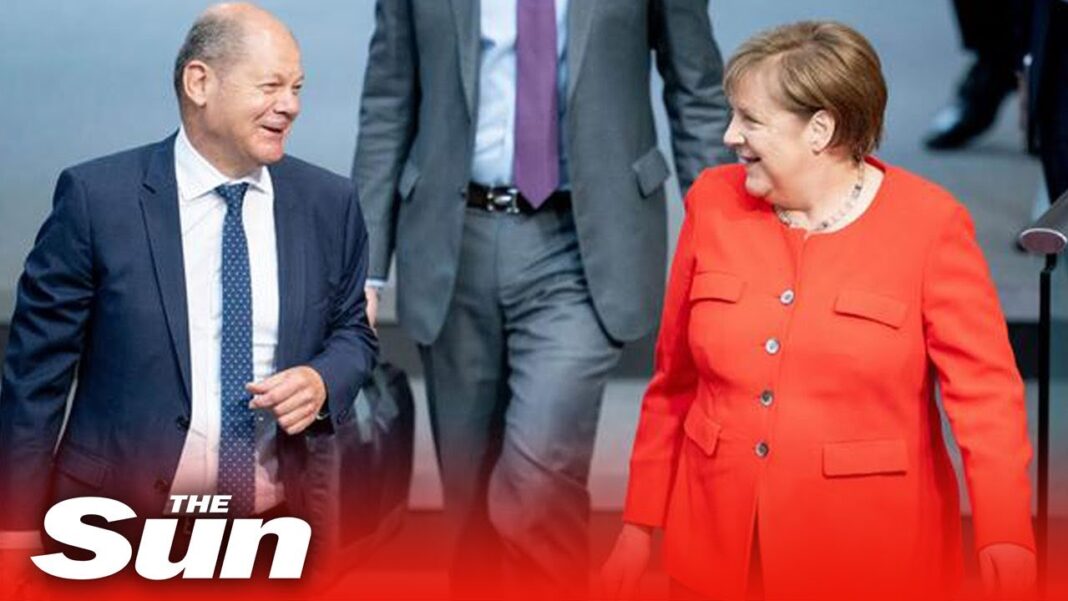 Exiting Chancellor Angela Merkel announced on Dec. 2 that Germany will lock down unvaccinated people as top officials also signaled that they would back plans for mandatory vaccinations in the coming months.

Merkel said individuals who aren’t vaccinated for COVID-19 will be excluded from nonessential stores and cultural and recreational venues. The Bundestag, Germany’s Parliament, also will consider a general vaccination mandate.

“The situation is our country is serious,” she told reporters, claiming that the new measures are an “act of national solidarity.”

Other new requirements include masks being required in schools, Merkel added. Vaccinated people will lose their vaccination status nine months after receiving their last dose of a vaccine.

“We have understood that the situation is very serious and that we want to take further measures in addition to those already taken,” Merkel, who was slated to leave office on Dec. 2, told reporters. “The fourth wave must be broken and this has not yet been achieved.”

In her address, Merkel said the mandatory vaccination measure would take effect in February 2022 and said she would vote in favor of the rule if she were still in the Bundestag.

Numerous studies have shown that fully vaccinated people still have the ability to transmit and contract COVID-19, although some health officials have said that vaccines can protect better against severe symptoms, hospitalization, and death. On Dec. 2, the Minnesota Department of Health confirmed that the second U.S. case of the Omicron COVID-19 variant was a fully vaccinated male.

Critics of vaccine passport systems, which have drawn weekly protests across Europe, have said they unjustly create a two-tiered society of vaccinated and unvaccinated people. Concerns have been raised about whether vaccine passports could be expanded to become a “social credit” system and whether the mass collection of vaccination data could breach individual privacy rights.

Recently, Greece announced that vaccinations will be mandatory for everyone aged 60 and older. Those who refuse to get vaccinated will face fines for each passing month, the Greek government stated earlier this week.