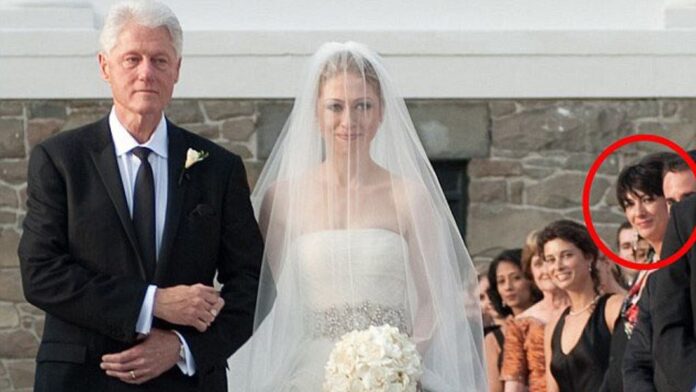 Politico’s report on Maxwell, 57, focuses on how the daughter of the late British publishing mogul Robert Maxwell helped Epstein, the Brooklyn-born son of a New York City parks groundskeeper, gain access to social circles that allowed him to become friendly with two U.S. presidents, billionaire business moguls, America’s media elite and at least one member of the British royal family.

Maxwell has not been criminally charged, but has settled two lawsuits filed by women who say she participated in Epstein’s alleged sex trafficking, the New York Times reported last week. She has denied any wrongdoing.

Politico said Maxwell first grew close to the Clinton family after former president Bill Clinton left office, and eventually became friends with Chelsea Clinton, vice chair of the Clinton Foundation. According to the news outlet, the two women vacationed together on a yacht in 2009, and Maxwell attended Chelsea’s wedding to Marc Mezvinsky in 2010, Politico reported. A photo of Maxwell at the wedding has circulated online.

Maxwell also participated in the Clinton Foundation’s Clinton Global Initiative as recently as 2013, through The TerraMar Project, an oceanic non-profit she founded, according to the Initiative’s website.  The contacts between Chelsea Clinton and Maxwell appear to have occurred after Maxwell’s name first emerged in accounts of Epstein’s alleged sexual abuse.

“Ghislaine was the contact between Epstein and Clinton,” a person familiar with the relationship told Politico. “She ended up being close to the family because she and Chelsea ended up becoming close.”