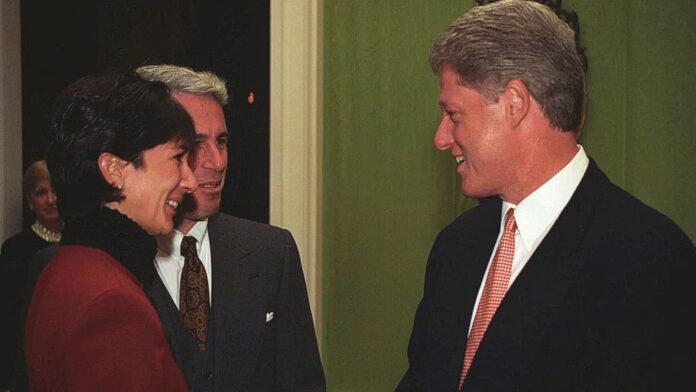 Ahead of her sex trafficking trial, Maxwell’s family has launched a website with a glowing biography and highlighting her supposed achievements after moving to the US in 1990.

But there is no mention of the White House bash in September 1993 — where she and her paedophile ex-lover were VIP guests of the President.

They toured Clinton’s residence and the East Room during a reception after Epstein gave £7,280 to the refurbishment of the Oval Office.

Maxwell and Epstein were known to have befriended Clinton and took him on an African tour in Epstein’s “Lolita Express” jet, after the president’s eight years in the White House.

But these pictures show them already cosying up to Clinton just a year into his presidency.

By James Beal and Dan Bates