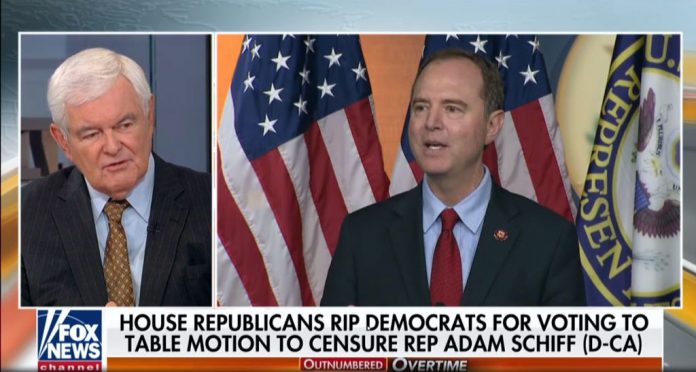 Former House Speaker Newt Gingrich says House Intelligence Chair Adam Schiff is doing the opposite of what Republicans did in 1998’s impeachment proceedings. Schiff’s Trump impeachment investigation fraudulent and a fundamental violation of the American system.