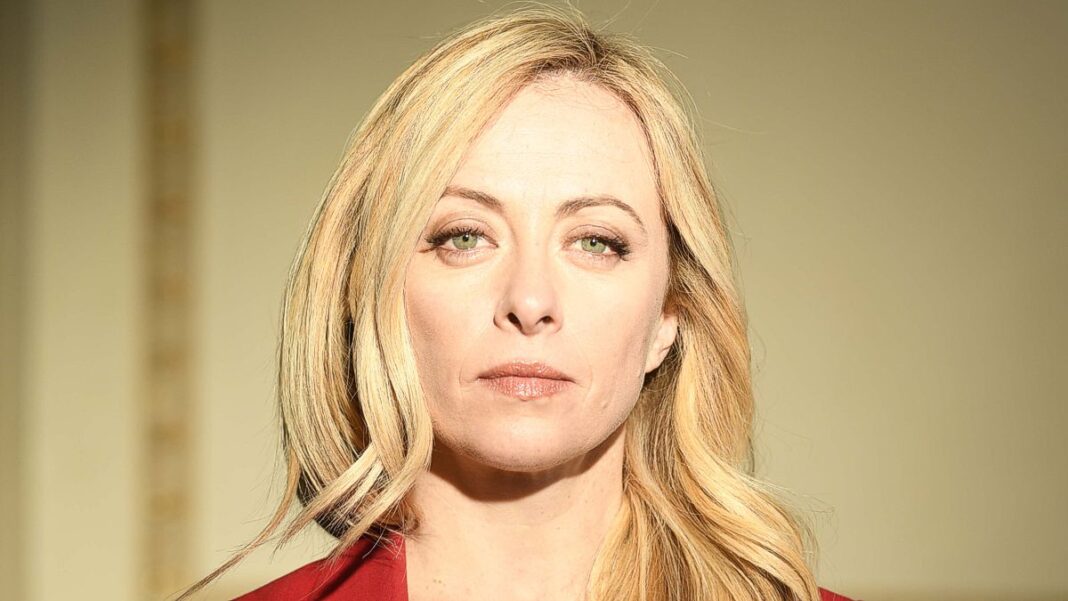 Born and raised in the popular Garbatella neighborhood in Rome, Giorgia Meloni began her political commitment at 15, driven by the desire to help redeem Italy and build a different future for her nation, in the aftermath of the Via D’Amelio massacre in which judge Paolo Borsellino lost his life. She founded the student coordination “Gli Antenati” and in 1996 she became the national head of Student Action, the student movement of the Alleanza Nazionale and representative at the Forum of student associations.

In 1998, at the age of 21, she was elected councilor of the Province of Rome for the National Alliance, remaining in office until 2002.

From February 2001 to 2004, she is a member of the national regency committee of Youth Action, the youth movement of Alleanza Nazionale. In 2004 she was elected president of Youth Action during the Viterbo national congress.

In 2008 she was elected to the Chamber of Deputies on the Popolo della Libertà list, in the XVI District, Lazio 2. From May 2008 to November 2011 she held the position of Minister of Youth: at 31 years of age she is the youngest Minister in the history of Italian republic. You have been a member of the Finance Commission and the Labor Commission of the Chamber of Deputies. From 2009 to 2012 she is the president of Giovane Italia, the youth movement of the People of Freedom.

In 2011 she wrote her first book “Noi Crediamo, a journey into the best youth of Italy” published by Sperling and Kupfer.

In December 2012 she left the People of Freedom to found, together with Guido Crosetto and Ignazio La Russa, the political movement “Brothers of Italy – National Center Right”.

On 8 March 2014, after running for the primaries of FdI-An, she was elected National President of the Brothers of Italy-National Alliance by the Fiuggi congress.

On April 21, 2016, On the day of Rome’s birth, she opens the electoral campaign for the candidacy for mayor of Rome: it is the first time that a pregnant woman competes for the post of mayor in the capital of Italy. She collects 20.6% of the votes and today she is a councilor in the Capitoline Assembly and president of the “Con Giorgia” group.

On 1, 2 and 3 December 2017, on the occasion of the second National Congress of the Brothers of Italy in Trieste, she was unanimously confirmed as president of the movement.

On 4 March 2018, you quintupled the number of parliamentarians of the Brothers of Italy: in fact, 18 senators and 32 chambers were elected in the general elections. You are a member of the Constitutional Affairs Commission of the Chamber of Deputies.

On 28 September 2020, she was unanimously elected President of the European Conservatives and Reformists Party (ECR Party), the political family that brings together more than 40 European and Western parties. She is the only female leader of both a European political party and an Italian party.

In 2021 she published her first book “Io sono Giorgia” published by Rizzoli.