NBA team co-owner and billionaire Chamath Palihapitiya is facing internet outrage after declaring that “nobody cares” about the plight of the persecuted Uyghur ethnic Muslim minority in China’s far west Xinjiang region.

“Nobody cares about what’s happening to the Uyghurs, okay? You bring it up because you care, and I think it’s nice that you care. The rest of us don’t care,” he said in a podcast that he co-hosts, after another host brought up Washington’s recent ban on all products from Xinjiang over the use of forced labor.

“I’m telling you a very hard ugly truth. Of all the things that I care about, yes, it is below my line.”

The United States and several other Western nations have characterized Beijing’s repressive policy in Xinjiang as a genocide, and a UK-based independent people’s tribunal, chaired by distinguished international human rights lawyer Geoffrey Nice QC, agrees. The abuses, including torture, slave labor, forced sterilization, and mass detention and surveillance, have driven the United States and others to stage a diplomatic boycott against next month’s Beijing Winter Olympics.

Palihapitiya, a part-owner of the Golden State Warriors, pushed back when a third host, venture capitalist David Sacks, said the issue was “not top of mind” for many people.

“That’s not caring,” Palihapitiya said. “I care about the fact that our economy can turn on a dime if China invades Taiwan. I care about climate change. I care about America’s crippling and decrepit health care infrastructure. But if you ask me, do I care about a segment of a class of people in another country? Not until we can take care of ourselves will I prioritize them over us.”

“There’s nothing I can do about the Uyghurs, zero,” he said later in the episode, which aired on Jan. 15.

A clip of his remarks gathered wide social media attention on Martin Luther King Jr. Day and sparked a torrent of criticism from lawmakers, who took his indifference as a further indicator that the sports league values profits more than human rights. 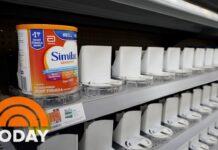 What’s Behind the US Baby Formula Shortage? 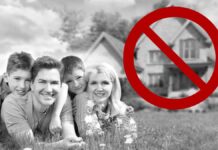