The partnership between the two companies is designed to “help create a secure and dynamic data analytics platform for HCA Healthcare and enable the development of next-generation operational models,” the joint statement said, meaning Google could have access to patient data.

HCA Healthcare has over 2,000 sites, including 185 hospitals located in 20 states. Its hospitals provide approximately 6 percent of all inpatient hospital services in the nation. The annual patient encounters are 32 million, according to HCA Healthcare.

“Privacy and security will be guiding principles throughout this partnership,” the statement read. “The access and use of patient data will be addressed through the implementation of Google Cloud’s infrastructure along with HCA Healthcare’s layers of security controls and processes.”

A federal law, the Health Insurance Portability and Accountability Act (HIPAA), protects patients’ records but allows hospitals and healthcare providers to share such information with contractors, as long as they abide by the law’s privacy protections.

HCA Healthcare said that patient records would be stripped of identifying information before being shared with Google data scientists, Wall Street Journal reported.

However, some fear that Google would still be able to identify even anonymized records with its current massive data and advanced AI algorithms.

“Maybe they don’t have your name, but they sure enough can figure out what sub-group, sub-population might do best by getting advertised to you,” Arthur Kaplan, a professor at New York University’s Grossman School of Medicine, told CNBC. 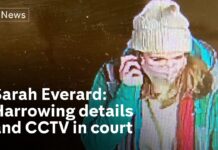 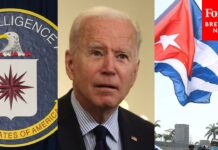 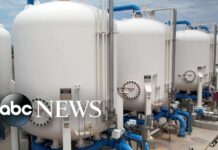