“What began as a group of upstart technology companies from the west coast, has since transformed into an industry of monopoly communications platforms that monitor, influence, and control the flow of information in our country and among our citizens,” DeSantis said from the Cabinet Meeting Room.

The governor said ‘Big Tech’ is becoming more like ‘Big Brother’ with “each passing day.”

“Used to be that consumers were trusted to make their own decisions about what information to consume, about which leaders to ‘follow,’ about what news to watch,” he said. “Now those decisions are increasingly made by nameless, faceless boards of sensors.”

DeSantis said they can’t let Big Tech “manipulate” news content and design algorithms to give an upper hand to the candidates of their choice.

“That’s why in Florida we’re gonna take aim at those companies and pull back the veil and make sure those guys don’t continue to find loopholes and grey areas to live above the law,” DeSantis said. “Under our proposal, if a technology company de-platforms a candidate for elected office in Florida during an election, that company will face a daily fine of $100,000 until the candidate’s access to the platform is restored.”

DeSantis also proposed that if a company promotes a candidate for office against another, the value of that free promotion must be recorded as a political campaign contribution. 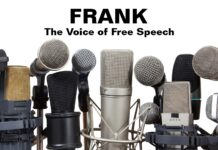 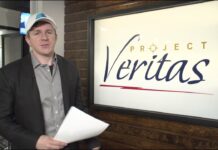 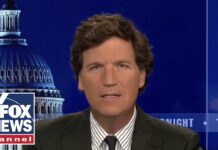