There are those who are born to love and to build . . .

The premier source for authentic Latino cuisine, Goya Foods is the largest, Hispanic-owned food company in the United States. Founded in 1936 by Don Prudencio Unanue and his wife Carolina, both from Spain, the Goya story is as much about the importance of family as it is about achieving the American dream.

Founded in 1936 by Spanish immigrants, Goya Foods, Inc. is the largest Hispanic-owned food company in the United States and the premier source for authentic Latin cuisine. Combined with authentic ingredients, robust seasonings, and convenient preparation, Goya provides consumers with over 2,500 high-quality and affordable food products from the Caribbean, Mexico, Spain, Central and South America.

Goya has fostered a longstanding history in leading the culinary culture of Latin cuisine in the United States while solidifying its position as an iconic symbol beginning in New York City. The company’s commitment to excellence is the cornerstone of Goya’s popular credo, “If It’s Goya, It Has To Be Good”. The result of this simple, yet deeply resonant pledge is the evolution of Goya Foods as a leader in the Latin American food industry and a trusted American brand.

The history and story of Goya are as much about the importance of family and values as it is about achieving the American dream and helping to cultivate the Latin culture in the United States. In 1936, Don Prudencio Unanue and his wife Carolina, immigrants who first migrated to Puerto Rico from Spain, started Goya in a small storefront on Duane Street in Lower Manhattan. Driven by the belief that there was a growing consumer market for high-quality, fresh-tasting, Latin foods, the Unanues catered to local Hispanic families by distributing authentic Spanish products including olives, olive oil, and sardines.

As the Hispanic population grew in New York and throughout the United States, Goya’s product line and facilities expanded as well. The company relocated from Lower Manhattan to Brooklyn in 1958, until it established its current headquarters in New Jersey in 1974. In 2005, Goya launched a 10-year strategic plan and invested $500 million in a global expansion, designed to reach new consumers and strengthen the Goya brand worldwide. From 2014 – 2016, Goya opened five new state-of-the-art manufacturing and distribution centers in Texas, California, Georgia and New Jersey to meet consumer demands for Goya products. In total, the company now boasts 26 facilities throughout the United States, Puerto Rico, Dominican Republic and Spain, and employs over 4,000 worldwide.

Through impeccable marketing strategies, tactics and insightful research, Goya has positioned its diverse product lines as a reputable brand among both the Hispanic market and mainstream consumers, generating $1.5 billion in annual sales. Once only sold in bodegas, mom & pop specialty stores to now, national club stores like Costco, Sam’s Club, and BJ’s Wholesale, Goya Foods can be found in aisles across the nation. The evolution and success of Goya Foods have demonstrated the company’s strength and brand power within the Hispanic market and its crossover into mainstream America.

Goya has always strived to be a company of passionate people that care about making a difference in the community. In 2018, Goya was ranked #2 as a leading U.S. food brand for its social influence and community support, according to TotalSocial rankings. Through Goya Gives, Goya supports nearly 300 charitable endeavors, programs, scholarships, and events, and donates millions of pounds of food to local food banks and shelters, especially during times of natural disasters such as Hurricane Maria in Puerto Rico, Superstorm Sandy, and Hurricanes Harvey and Irene. In 2017-2018, the company launched the ‘Can Do’ campaign to benefit Feeding America and donated over 1.5 million pounds of food to families in need across the country. In 2011, President Barack Obama honored Goya for its continued success and commitment to the Hispanic community, the only company to ever be honored by the President. In 2012, Goya collaborated with First Lady Michelle Obama and the USDA to launch the MyPlate/ MiPlato campaign. Goya recognizes the important role businesses play in leading the way for environmental change, and is the largest user of solar energy among Hispanic owned food and beverage companies, ranking as one of the top corporate solar users in the U.S. food and beverage industry.

Goya Foods remains firm in its goal of being the brand of choice for authentic Latin cuisine while retaining its family-oriented approach to its consumers and its roots in the culinary traditions of Hispanic communities throughout the world. For more information, please visit Goya.com

CEO of Goya Foods, Robert Unanue: “We’re all truly blessed to have a leader like President Trump”

Visit the Goya website for fantastic products and recipes 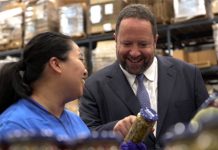 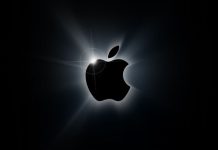 Who is Apple Inc.