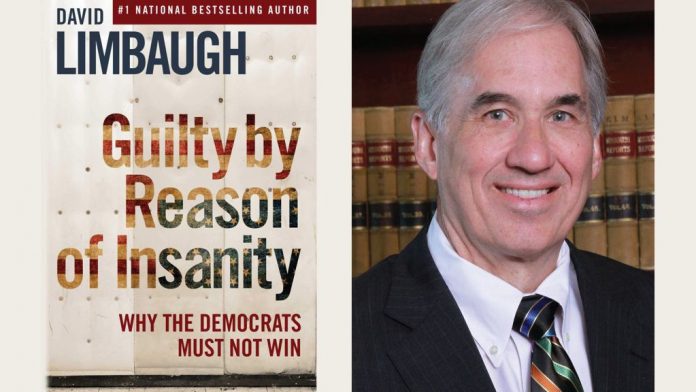 “Today’s Democrats are pushing policies that are simply insane, and David Limbaugh proves it in his terriffic, and tremendously important, new book, Guilty by Reason of Insanity.” — MARK LEVIN

“Few pundits can match David Limbaugh for research, depth of knowledge, and political insight, and in this book, perhaps his best political book, he shows how the Democrat Party has completely lost its mind.” — SEAN HANNITY

The left has truly lost its mind. The party out of power used to be “the loyal opposition.” No longer. Now it’s “the Resistance.” The left, abandoning any pretense of fairness and decency, has declared political war on President Trump.

In his shocking new book, Guilty by Reason of Insanity, national #1 bestselling author David Limbaugh explains how the left lost its mind—and the threat it now poses to us all. No book you read this year could be more important.

David Limbaugh is a lawyer, nationally syndictated columnist with Creators Syndicate, political commentator, and author of nine national bestsellers, including Crimes Against Liberty, The Great Destroyer, Jesus on Trial, and Jesus is Risen. The brother of radio talk show host Rush Limbaugh, he lives in Cape Giradeau, Missouri. Follow him on Twitter: @DavidLimbaugh.