In your responses to my questions for the record following your confirmation hearing, you said, “I have spent my whole professional life looking up to Ed Levi and the other post-Watergate Attorneys General who stood up on behalf of the Department against impermissible pressure and influence. If I am confirmed as Attorney General, I intend to do the same.”

The memorandum you released yesterday, however, appears to be an alarming departure from what you professed earlier this year. All around the country, Americans are speaking out against the radical racist ideology sometimes called “critical race theory.” Far-left ideologues have been pushing this ideology—a direct rejection of Dr. Martin Luther King, Jr.’s principle that individuals should be judged by the content of their character, not the color of their skin. Americans have responded to this radical ideology by winning elections for local school boards and protesting peacefully at school board meetings. Yet your memo yesterday to the FBI and local U.S. Attorneys ignored all of this and warned of an insurgence of “threats of violence” and “efforts to intimidate individuals based on their views.”

I certainly share your view that threats of violence have no place in this country, but the backdrop of your memo strongly suggests that your concern is not violence, but democratic pushback against critical race theory. For example, your announcement arrives immediately after the Biden administration received a letter from the National School Boards Association, which laid out a litany of complaints against the widespread criticisms of local school boards that are being leveled by concerned parents.1 The letter denounced as “propaganda” the criticism that schools are pushing critical race theory into classrooms. It further asserted, without explanation, that “extremist hate organizations” are “showing up at school board meetings” and “spreading misinformation that boards are adopting critical race theory curriculum.”2 The NSBA’s letter is pure gaslighting. Your announcement, just days after the NSBA’s letter, is alarming. There is no place for the federal government to interfere with regular democratic activity. You have provided no evidence of actual, genuine threats of violence. It instead appears that you have decided to use federal resources to help interest groups like the NSBA tar proponents of King’s vision as enemies of the republic.

As crime rates surge across the nation, your Department has more than enough to occupy its attention.3 That should be your focus. Across the nation, millions of Americans are simply trying to ensure that their children aren’t taught to reject their nation’s commitment to equal treatment under the law. That is a valuable cause. I wish the Biden administration, and your Department, agreed.

Please provide my office with responses to the following questions no later than October 15, 2021:

I await the Department’s response. 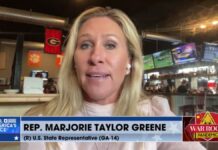