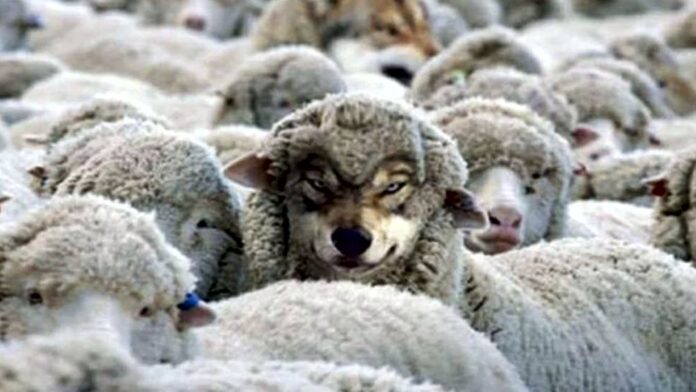 With Election Day fast approaching, Americans who love their country are champing at the bit to cast their ballots for President Trump, unless they are among the many who have already voted early. That contrast between the two presidential candidates could not be more stark. It is no exaggeration to characterize this as the most consequential election of our lifetimes.

Not quite so obvious are some of the down-ballot races. Or at least that’s how leftist Democrats want things to appear. While devotion to the ideologies of Alinsky and Marx is fairly obvious among the hard-left fringe that has gained dominance on the West Coast and Northeast region, Democrat candidates across the rest of America are doing their utmost to portray themselves as “mainstream.” It is a dangerous ruse. The days of voting “principle over party” are over. Leftist Democrats have seen to that.

The 2018 mid-term elections should have completely put any lingering doubts to rest. While Democrat candidates in center and right leaning states were able to portray themselves as “centrist” on the campaign trail, once they were sworn in to the Congress, it became painfully apparent that they were mindless minions of the worst extremism in the Democrat Party.

The “moderate Democrat” from Indiana or Virginia might not seem to be as treacherous or venomous as Alexandria Ocasio Cortez of New York or Nancy Pelosi of California. But they clearly voted to put Pelosi into power as House Speaker, and show their true colors by their unwillingness to condemn the histrionics of Cortez and her fellow “squad” leftists.

The only factor limiting the extremism and iron-fisted abuses of Democrats, wherever they reside, and whatever allegiance they claim, is their hold on power. In any jurisdiction where they are entrenched and strong, they respond by wielding as much control over their fellow citizens, and by fomenting as much hardship and calamity, as they possibly can. This is painfully evident in the state of Michigan, where the despotic overreaches of leftist Governor Gretchen Whitmer rival anything seen from California’s Gavin Newsom or Andrew Cuomo of New York.

As a result, Democrat candidates outside of the Beltway and coastal swamps have been forced to be more “creative” as they attempt to distract voters from their party allegiances, and convince people that they would somehow not participate in the leftist onslaught against our nation that is the ultimate “mission” of the DNC. However, such duplicity is hardly a “badge of honor.” In contrast, it reveals a deceitfulness that can only be characterized as more of the real nature of the Democrat Party in 2020 America.

In Kansas, Democrat Barbara Bollier is relentlessly seeking to portray herself as somehow above the political fray. As a former Republican (who turned Democrat in 2018) her campaign ads tout the accolades she has received from fellow RINOs. She proudly asserts her willingness to “reach across the aisle,” as do so many in the GOP. Of course her actual track record has only been one of reaching from right to left. And it is of little consequence that she claims the endorsement of former Kansas Senator Nancy Kassebaum, an 88 year old relic of the D.C. Swamp.

The mere fact that Bollier has embraced the Democrat Party and Kassebaum has approved this action, tells us all we need to know. Coming during a time of wrong-headed lockdowns, phony impeachments, and instigated mayhem in major urban areas, it reveals so much about their dysfunctional moral compass and actual political allegiances. Bollier claims to be primarily concerned about “healthcare,” which is D.C. lingo for preserving and advancing the nightmare of socialized medicine instituted by Barack Obama. Moderate and bipartisan indeed!

Next door in Missouri, Democrat Nicole Galloway is engaged in her own attempt to scam the voters. At first glance, her recent mailing looks like an advertisement for a cruise line, seemingly inviting the recipient to join her traveling down an idyllic waterway pictured on the cover. Inside, she makes her pitch for Missourians to join her “fight,” ostensibly for their families. As per usual, the Democrat devil is in the details.

Once again, the subject is “healthcare.” The party that shamelessly and needlessly fomented fears over the “Pandemic,” disgracefully exaggerated its severity and the supposed number of “fatalities” associated with it, and then attempted to blame President Trump for all of the hardship and suffering, now wants to claim that its unconscionable exploitation of the disease, for purely political purposes, somehow reflects concern for the citizenry.

It is noteworthy that nowhere on this and other mailings from Galloway is her party affiliation even mentioned. Over time it has become obvious that when a candidate won’t prominently reveal his/her party affiliation on campaign posters, road signs, or mailings, you can always bet it’s a Democrat. And reading between the lines of the mailer, the message is socialism, socialism, socialism, but without raising taxes of course.

The “sheep’s clothing” may have become more creative. However, the real agenda they embrace has not changed. These people will not move the nation in the right direction, any more than would Charles Schumer, Ilhan Omar, or Rashida Tlaib. They won’t pass any worthwhile “stimulus.” They would only continue to empower the likes of Nancy Pelosi and her kind. And if they prevail, the plight of Americans will be leveraged to enable the leftist takedown of our nation.