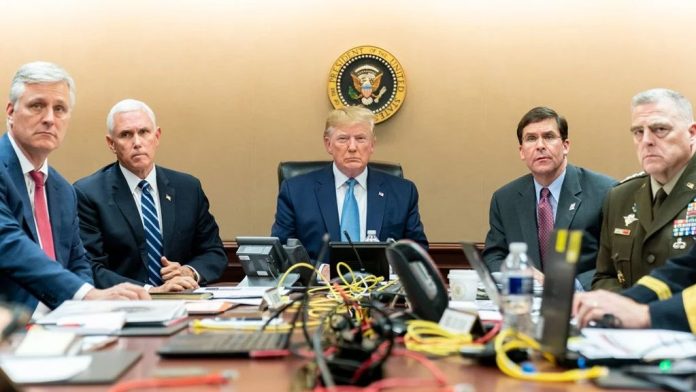 Abu Bakr Al-Baghdadi’s death draws a curtain on an episode that was partly influenced by our bad choices, choices that started in 2011 at the start of the Arab Spring.

By Sumantra Maitra ~ One of the things that struck me the most watching the events unfolding last night was the fact that President Trump knew about the ongoing operation to kill or capture ISIS founder and leader Abu Bakr al-Baghdadi for more than a week. This is significant, as it goes against all conventional wisdom about a man who’s extraordinarily loquacious on social media.

As the reports started to come in, it was apparent that this was an operation planned in exquisite details and the administration was kept abreast of the developments all the way.

“The president was taken options this week [meaning last week]. He reviewed them, asked some great questions, chose the option that we thought gave us the highest probability of success and confirmation that the head of ISIS would be there and either captured or killed,” Defense Secretary Mark Esper said.

This is normal procedure, but what was interesting was that if this timeline is true, the event was planned at the same time the withdrawal from Syria was being planned, and Trump was again being called a traitor on Twitter. The Trump administration apparently did not inform Democrats of the operation, even when they were howling on social media for the last whole week about withdrawal from Syria. This is prudent, and it’s what happens when “leaks” are normalized as “resistance.” Actions have consequences.

There is naturally a lot of nonsense going on over social media, about whether Trump knew the full extent of the operations, his okay was even needed, he was taking credit for someone else’s job, Russia now dictates Middle Eastern operations, etc. These are so juvenile and operationally naïve, they barely need any response. Other than that, two prominent things about the death of Baghdadi merit greater elaboration.

The Syria Withdrawal Was Part of the Plan

Read Full Article on The Federalist