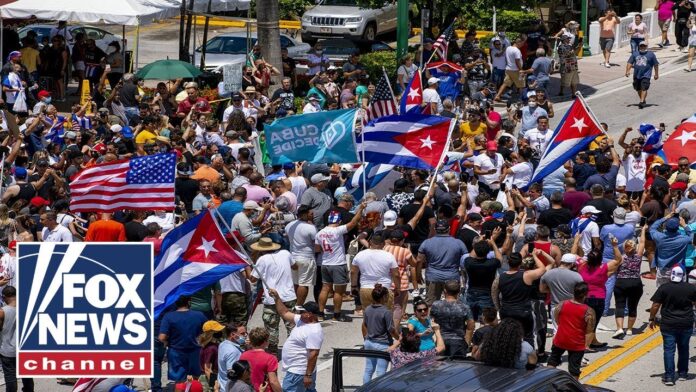 The Cuban people stood up on Sunday to demand liberty and an end to communist oppression. This is the first time in 62 years of tyrannical rule this has happened in such large numbers, and so holistically. It’s about time the long-suffering people of Cuba get both these demands.

The people of Cuba are friends of the United States, and we share a common love of liberty. They participated in our war for independence, and we helped them liberate themselves from Spain. Cuban-Americans contribute every day to America’s success and take part of our government leadership, as Sens. Marco Rubio and Ted Cruz demonstrate.

The people of Cuba deserve our unwavering support. The Biden administration should do nothing to throw the socialists in Havana a lifeline, as recent reports indicate it is considering. Cuba’s government remains one of the main destabilizing forces in the Western Hemisphere, propping up dictatorships in Venezuela and Nicaragua.

Moreover, President Biden should make clear to the regime that the U.S. will not accept the tacit banishment of pro-freedom voices via refugee flotillas, as the Castros once did. Biden should immediately address the nation, the Cuban people, and the world, and call for the restoration of freedom in Cuba. He should also unequivocally warn President Diaz-Canel against this course of action, which will endanger the lives of thousands of Cubans and further cement the regime’s power.

This uprising demonstrates the deadly deception of socialism, despite support from politicians in this country such as Sen. Bernie Sanders and ‘The Squad.’ Its failures are why the people of Cuba are protesting today.

The struggle of the Cuban people reminds us that we must resist the effort to install Marxism on our shores, especially in our schools and places of work through critical race theory. The best way we can help the people of Cuba is by remaining free ourselves, declaring alongside them, “Viva Cuba Libre!”