The arrest of Chow, 37, vice-chairwoman of the Hong Kong Alliance in Support of Patriotic Democratic Movements of China, came as thousands of police were deployed to patrol the city’s streets to halt any “unlawful assemblies.”

Before Hong Kong authorities banned residents from participating in events in memory of the 1989 pro-democracy protests for the second year in a row, the Hong Kong Alliance in Support of Patriotic Democratic Movements of China had organized annual vigils.

After the ban was announced, Chow had encouraged people to privately commemorate the event by lighting a candle wherever they are.

“She [Chow] only wanted to go to Victoria Park, light a candle and commemorate,” Chiu Yan Loy, Executive Member of the Alliance, told Reuters, adding he believed the arrest was meant to strike fear into those planning to attend the vigil.

Barrister Chow, who was detained by four officers outside her office according to AFP, told Reuters this week before her arrest that June 4 was a test for Hong Kong “of whether we can defend our bottom line of morality.”

“As long as they haven’t said candles are illegal, we will light a candle,” she said.

Hong Kong police senior superintendent Terry Law confirmed the arrest of Chow, as well as a 20-year-old food delivery man, but declined to elaborate on specifics, noting that it’s part of an ongoing investigation.

Thousands of Hong Kong citizens last year defied the ban and took part in the traditional candlelight vigil at Victoria Park. At the same time, activists and groups who were once vocal and critical of the CCP have grown increasingly silent and fearful of repercussions since Beijing imposed its sweeping National Security Law on Hong Kong. 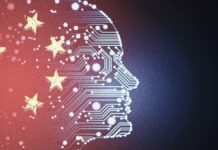 US and China Race to Control the Future Through Artificial Intelligence