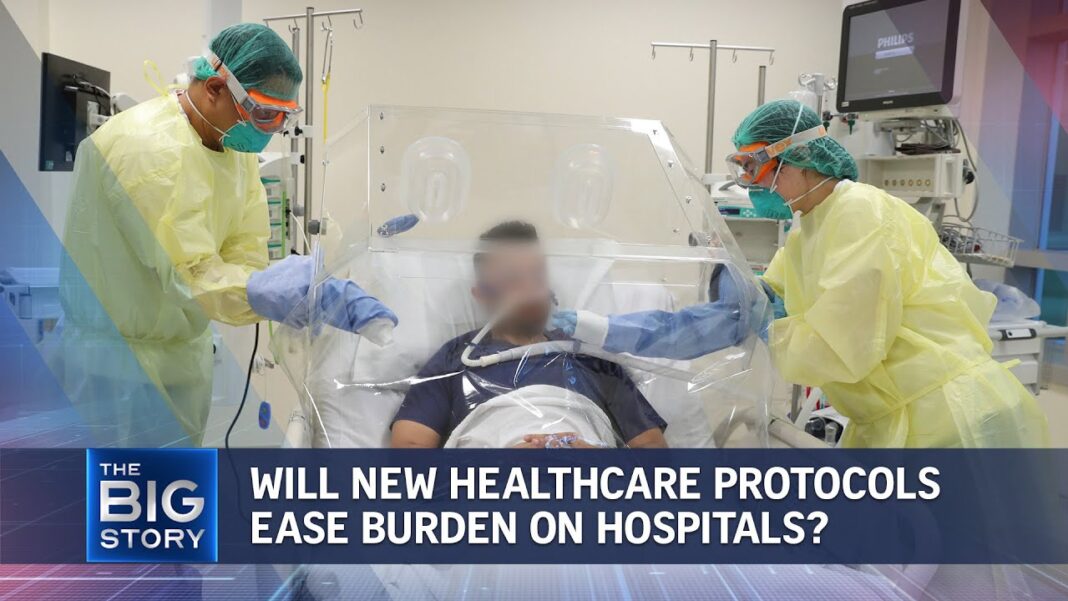 For months, Americans lived in fear about contracting COVID-19, hearing stories about infected patients ending up on ventilators in hospitals while constantly being told that getting vaccinated would prevent such a situation and contraction of the disease itself.

From mandatory lockdowns and students forced to navigate the challenges of virtual school to businesses shut down and controversial vaccine mandates, the pandemic permeated our lives.

Now, as the dust has settled, more physicians and nurses have come forward to speak about the unethical and erroneous treatment protocols that occurred–and are still occurring–inside hospitals.

Despite differing experiences and roles, these healthcare professionals all have basically the same story–that hospital administrators knowingly enforced COVID-19 protocols set for them by the Center for Disease Control and Prevention (CDC) and the National Institutes of Health (NIH). Those included treating patients with the medication remdesivir that harmed and sometimes led to a patient’s death as well as putting patients on ventilators, both of which came with hefty reimbursements while other more effective treatments were forbidden.

Hospital Providers Set the Rules Handed Down by the CDC/NIH

CDC and NIH protocols were given to upper hospital administration that then handed them down to clinicians. If nurses or doctors stepped outside the protocols, they would no longer be shielded from liability under the Public Readiness and Emergency Preparedness (PREP) Act. The PREP Act is a controversial law originally intended to protect vaccine manufacturers from financial risk in the event of a declared public health emergency. Then it was amended to cover health workers during a public health emergency if they abided by government mandate protocols.

The vast majority of hospitals use a system that has the healthcare worker examining the patient and pulling up their file through a computer where set up in the electronic medical record are pre-set treatment plans.

Sometimes that plan comes with pre-checked boxes of certain drugs to be used, thereby sending that nurse down a treatment path. In the case of COVID patients, remdesivir or a type of steroid would be pre-checked, for example, but never hydroxychloroquine and ivermectin, medicines found to be effective by some clinicians. Rules also didn’t allow pharmacies to approve treatment medicines outside the protocol.

“It was like something came down from on-high that only allowed us to do prescribed protocols,” said Staci Kay, now a nurse practitioner with the North Carolina Physicians for Freedom, a non-profit network of physicians, healthcare leaders, and medical providers that exists to support medical freedom. “Now, I see how administrators forced things down our throats and it was all based on money. I couldn’t see that at the time because we were just trying to take care of people.”