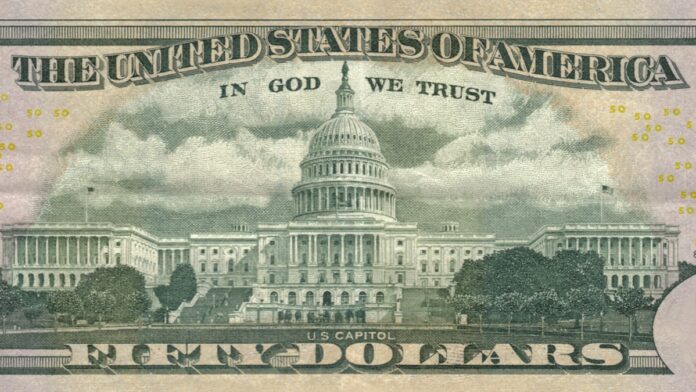 House GOP and Senate GOP, we are obliged to inform you that if any omnibus passes in the remaining days of this Congress, we will oppose and whip opposition to any legislative priority of those senators who vote for this bill – including the leader.

13 @HouseGOP to @SenateGOP: “…we are obliged to inform you that if any omnibus passes in the remaining days of this Congress, we will oppose and whip opposition to any legislative priority of those senators who vote for this bill – including the… leader.”#StandUpForAmerica pic.twitter.com/AVAHmESbKF

Congress of the United States
House of Representatives
Washington, DC 20515-0906

We urge you to take all steps necessary to stop the soon to be finalized omnibus spending bill negotiated with Democrats. At the very least, due respect for Americans who elected us would call for not passing a “lame duck” spending bill just days before Members fly home for Christmas and two weeks before a new Republican majority is sworn in for the 1180 Congress. Senate Republicans have the 41 votes necessary to stop this and should do so now and show the Americans who elected you that they weren’t wrong in doing so.

The American people did not elect us – any of us – to continue the status quo in Washington, as this hill will undoubtably do. They didn’t elect us to borrow and mend more money we do not have as interest rates skyrocket in response to government spending fueled inflation, eating away at the livelihoods of Americans. They didn’t elect us to increase spending or even continue spending at current levels as higher interest payments consume an increasing percentage of our budget. and our $31 trillion national debt eclipses the size of our economy.

Americans didn’t elect us to continue funding an administration that has remained unchecked by Congress. We’ve seen the FBI collude with big tech to suppress free speech and label parents as domestic terrorists. We’ve seen the NIH and other -public health” agencies conspire with big healthcare to our detriment. We’ve seen the IRS and the alphabet soup of other federal agencies abuse their power to target and harass the American people. And while we all want to support our military, Americans certainly didn’t elect us to write blank checks to Ukraine while failing to hold the Pentagon brass accountable for promoting the woke ideology that is gutting the culture of our Armed Forces.

But put aside the absurd spending and empowerment of Biden bureaucrats to continue their intentional abuse of power and dereliction of duty. It is the willingness of Senate Republicans to abandon for now the one leverage point we have – the power of the purse – to stop Biden’s purposeful refusal to secure and defend our borders that is most offensive. Congress has an obligation to end the dangerous surge at our border, and this stems far beyond the judicial football dud has been Title 42 authority. This crisis is directly endangering Americans through fentanyl, crime, and chaos. Continuing to fund Biden’s DHS without strong border security policies would be an abject failure by this Congress.

Further. we are obliged to inform you that if any omnibus passes in the remaining days of this Congress. we will oppose and whip opposition to any legislative priority of those senators who vote for this bill -including the Republican leader. We will oppose any rule, any consent request. suspension voice vote, or

roll call vote of any such Senate bill, and will otherwise do everything in our power to thwart even the smallest legislative and policy efforts of those senators.

Americans – especially those in border states – are begging for an end to this border crisis and the restoration of order and sanity at our border. They arc tired of being in danger. They are tired of witn.sing migrants dying on ranches and in their communities. They are tired of watching family members die from fentanyl. They are tired of having to personally pay to manage what the federal government is supposed to he doing. And .y omnibus hill that further empowers Democrats and disregards this crisis is a slap in their face.

Americans are yearning for an end to the destructive status quo in Washington. If Senate Republicans refuse to give the House Republican majority the opportunity to take the pen on FY23 appropriations to enact fiscal restraint and cheek the Olden administration’s assault on he American people, then what purpose is there to the Republican party outside of an urge for more power, perpetuation of grit and show hearings?

We must stop the assault on Texans and the American people. Kill this terrible bill or there is no point in pretending we are a united pally, and we must prepare for a new political reality.

THREAD: 21 Senators voted to proceed to the $1.7 trillion omnibus – & to spend billions we do not have, empower Biden bureaucrats with no fixes, & block us from securing the border for at least 9 mos. Some are friends, one my former boss.. but unless… (1/13) #StandUpForAmerica pic.twitter.com/31qkrlWG6d