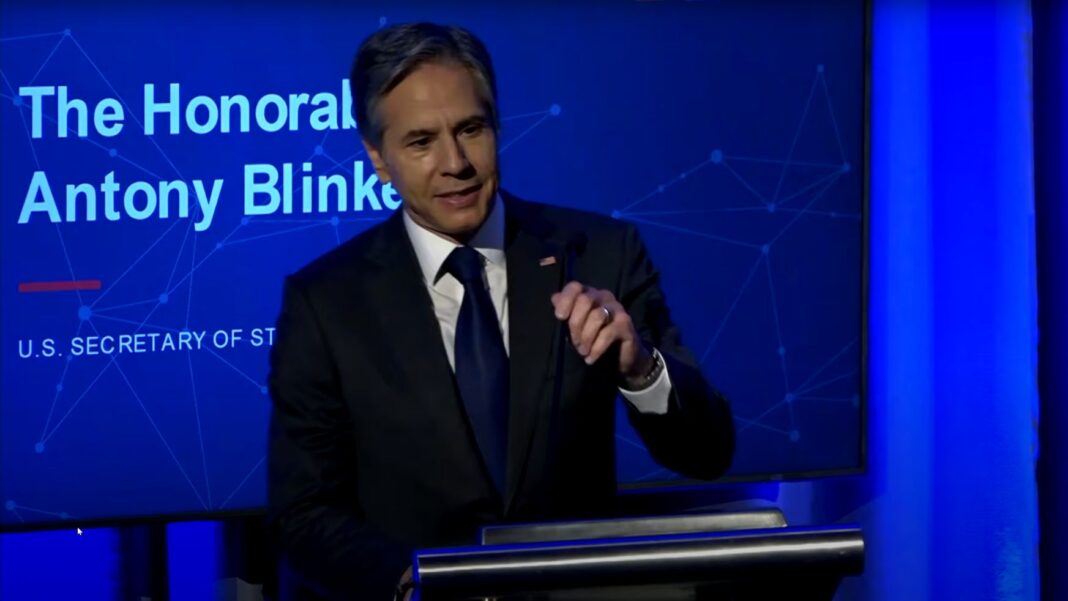 House Republican Study Committee (RSC) chairman Rep. Jim Banks (R-Ind.) and 15 GOP colleagues are challenging the legality of State Department grants—of as much as $500,000 each—to international “organizations committed to the practice and spread of atheism and humanism.”

Their challenge is contained in a June 30 letter to President Joe Biden and Secretary of State Anthony Blinken concerning the department’s competitive grant process issued in April 2021 for “Promoting and Defending Religious Freedom Inclusive of Atheist, Humanist, Non-Practicing and Non-Affiliated Individuals” in South Central Asia, the Middle East and North Africa.

“To be clear, atheism and ‘humanism’ are official belief systems.

“As an initial matter, therefore, we would like to know what other United States government programs supported with appropriated funds are being used either to encourage, inculcate, or to disparage any official belief system—atheist, humanist, Christian, Muslim, or otherwise,” Banks and the other signers told Blinken.

“It is one thing for the department to be tolerant and respectful of a wide range of belief systems, and to encourage governments to respect the religious freedom interests of their citizens. It is quite another for the United States government to work actively to empower atheists, humanists, non-practicing, and non-affiliated in public decision-making,” the signers continued.

“Any such program—for any religiously-identifiable group—in the United States would be unconstitutional.

“In addition to its constitutionally dubious legal foundation, we also question how such a grant or cooperative agreement program advances the foreign policy interests of the United States,” the signers wrote.

A State Department spokesman could not be reached for comment.