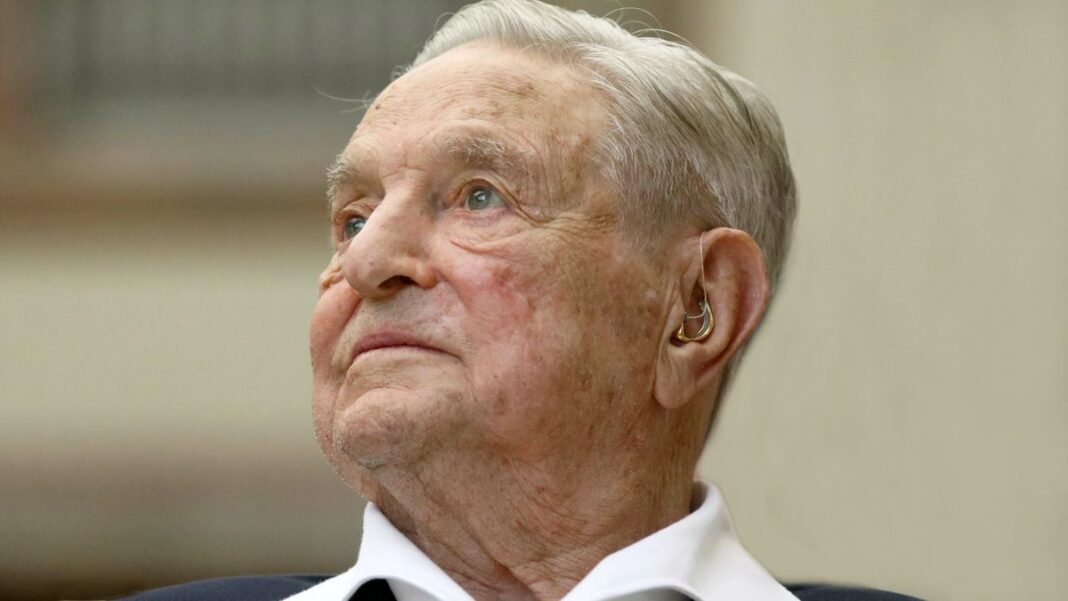 In a new exclusive access to information investigation, we expose the influence of George Soros’ Open Society Foundations (OSF) and the power OSF wields over the Canadian immigration ministry.

In Canada, the media pounced on Conservative MP Kerry-Lynne Findlay for suggesting George Soros was doing the same here, pulling the levers of power through his close relationship to new Finance Minister Chrystia Freeland.

The mainstream media said Findlay’s comments were informed by far-right conspiracy theories. But it’s no conspiracy theory. In the same way the foreign funded, American based Tides Foundation — now known as MakeWay — has colonized the Liberal government to landlock Western oil and gas, Soros’ OSF network does much the same, but with social and immigration policy.

In 2016, Open Society Foundations partnered with the Canadian government to craft domestic immigration and refugee policy:

The Government of Canada, the United Nations High Commissioner for Refugees, and the Open Society Foundations have agreed to launch a joint initiative aimed at increasing private sponsorship of refugees around the world.

Rebel News has received 250 pages of government documents related to that joint initiative.

In the first part of our investigation into these documents, we uncover an email in which an OSF staffer was performing personal assistant duties for then-immigration minister Ahmed Hussen, making arrangements for Hussen to speak at an OFS sponsored event at the UN, saying:

OSF took advantage of their taxpayer funded expense account by arranging trips to Brazil, Argentina, Spain and London, as you can see:

[A]fter looking at the global refugee settlement initiative calendar I was wondering whether we can plan of Brazil visit for the week of June 12th because that is the only week where I see we don’t have activities.

Those trips included at least two “hospitality events” for the Soros-run organization, again at the expense of the taxpayer.

In the second half of our examination of these access to information documents, we uncover former immigration minister Ahmed Hussen’s official briefing notes being prepared for him, in part, by OSF staff.

Officials in those emails were told to keep the arrangement “discrete.”

You can read the full email exchange for yourself below.

Exclusive Access to Information documents reveal that George Soros’ Open Society Foundations (OSF) used their partnership with the Canadian government to peddle access to the Immigration Minister to OSF friends in big business.

It’s verboten to criticize George Soros and his meddling in the foreign and domestic policies of sovereign nations. Canadian Conservative parliamentarian Kerry Lynn Findlay had to apologize for suggesting that George Soros was just a little too close to Canada’s new finance minister Chrystia Freeland. Freeland was Soro’s biographer and, in 2016, the Canadian government partnered with Open Society Foundations on Canadian immigration policy.

OFS doesn’t hide their open borders agenda and their partnership with the Canadian government comes with expenses Canadians have to pay. OSF deserves scrutiny and careful examination as a foreign-funded entity influencing Canadian domestic policy, the same way Make Way (formerly known as the Tides Foundation) is under the microscope for their meddling in natural resource extraction policy.

Yesterday, the first part of our investigation into these documents demonstrated the close relationship between OFS and Immigration Canada, including at least “hospitality” events the Ministry planned for OFS in Argentina and Brazil.

Today, we have emails from Immigration officials that show that OSF was given the opportunity to draft ministerial briefing notes for Ahmed Hussen:

So if you can feed your comments and those of [name redacted] back to me in one go, I will work it up through the system…. if there are background briefing points that we can put into the two-page note that goes into the briefing binder to prepare Hussen ahead of time this will make it easier for everyone concerned.

Emails also indicate the officials and OSF staff know this is not something they should be doing:

Keep it discreet. Not really sure this is above board sharing the comments in advance.

Another heavily redacted email shows OSF is given an advanced confidential copy of a Hussen speech to review before he gave it:

Here is a confidential copy for your review. Any gaps or points to make would be much appreciated.

Another email proves that Immigration Ministry officials were to set up a potential event — a taxpayer-funded reception and dinner with Minister Hussen — and OSF sees this as an opportunity to peddle access to the Minister to their friends in the business community:

If we do pursue it, I can invite other corporate actors associated to the Business Refugee Action Network and other private-sector contacts to be associated to impact investing in the UK.

Attached please see a note on the business Refugee Action Network which is led by Virgin, Ben & Jerry’s the B-Team, and IRC.

Let me know how I can help make the dinner a success and more broadly incorporate businesses and their thinking into our work.

Emails from Immigration officials show OSF was given the opportunity to draft ministerial briefing notes for Ahmed Hussen: