Home News Social Issues How To Avoid Becoming A Fascist 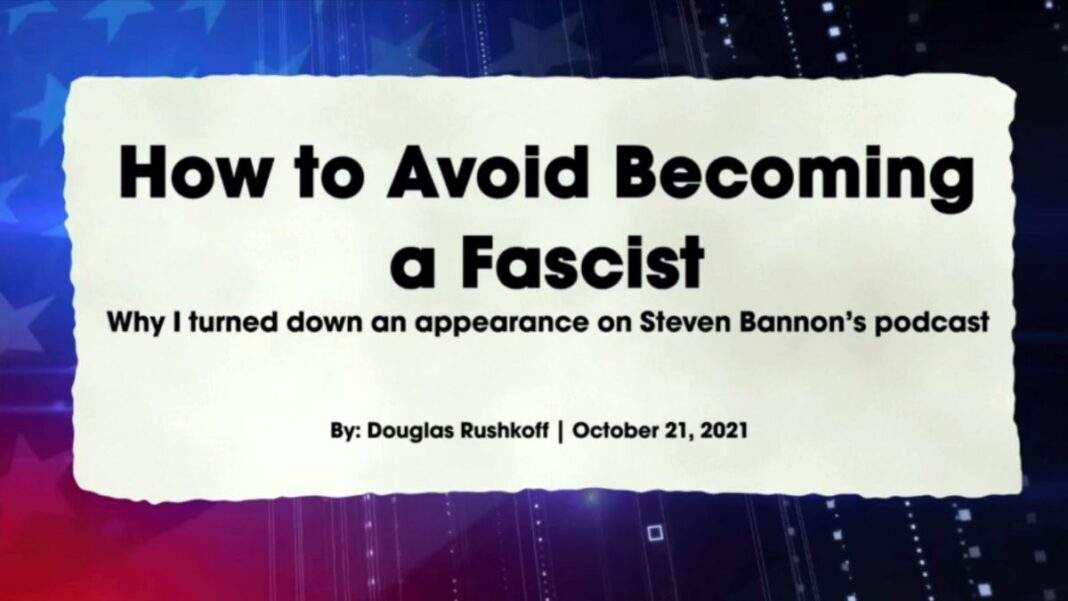 Joe Allen reports on reaching out to author Douglas Rushkoff about appearing on “War Room” for a special show on trans-humanism.

“Douglas Rushkoff is a complex character, and I sent out an invitation and his emails in return have been very gracious. I was stunned, however, to see that he published an article called “How to Avoid Becoming a Fascist,” in which he explains why he declined the invitation. I think that if I had to venture a guess, he’s probably far more concerned about consternation from his left colleagues …or in his literary circles than he is of heartland Americans asserting agency over their own communities, which he seems to conflate with fascism. He is an astounding critic of technology’s excesses, and in my view the struggle against technocracy, technological excess and trans-humanism is a fundamentally human struggle. It crosses all political boundaries, it crosses all religious boundaries, even including secularists.”