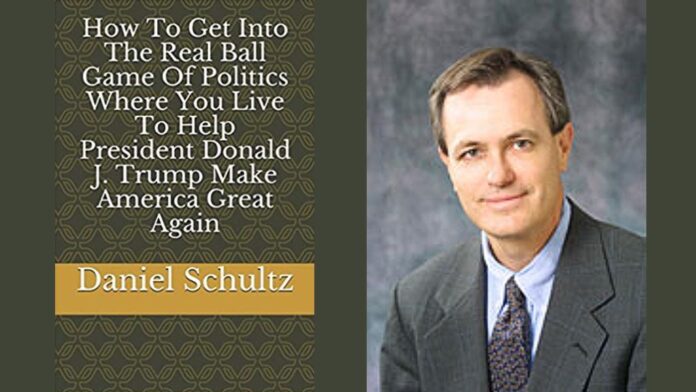 How To Get Into The Real Ball Game Of Politics Where You Live To Help President Donald J. Trump Make America Great Again

How To Get Into The Real Ball Game Of Politics is for conservatives who are tired of being lied to by Republicans who run as “Campaign Conservatives” (in the words of Texas Senator Ted Cruz) and who want to do something to “change” these Republicans by taking them out of their current office in the upcoming 2018 primary elections and beyond. The only conservatives that matter are those we conservatives succeed in electing to office, and this book will teach you how to get into the fray to make that happen. It happens, simply put, when the best conservative in the all-important, traditionally-very-low-turnout primary elections, gets more votes than the other Republican primary election candidates.

Daniel Schultz is an attorney and a citizen who believes each conservative American’s top priority should be active engagement as a precinct committeeman in the political Party our Founders and Framers would be members of if they were alive now: The Republican Party. He is an American first, a conservative second and a Republican precinct committeeman by necessity to secure the Blessings of Liberty to himself and his posterity.