Most people don’t bother to prepare for uncertain times until it’s too late. It’s the “ant and the grasshopper” parable written on a human scale.

“The problem is that while fear is a great motivator, it isn’t conducive to smart decisions,” said Diane Vukovic at Primalsurvivor.com, an online personal preparedness website.

“No matter how terrified you are about a certain event happening, you still need to go about prepping in a calm, logical way,” Vukovic told The Epoch Times.

Once considered a fringe “conspiracy theory,” the idea of preparedness has gone mainstream as global events unfold. Many online “preppers” have said that only a small percentage of Americans prepare for potential food shortages and civil unrest.

However, the concern among would-be preppers on a limited income is the cost of preparing in an inflationary environment.

The good news is that prepping is still relatively inexpensive to do, Vukovic said.

Rule number one is don’t buy out of fear or panic.

“I suggest writing a list of the most likely disasters for your area. For most people in the United States these will be earthquakes, floods, hurricanes, wildfires, and power outages. Then, make a list of what items you would need to be prepared for these disasters,” she said.

What’s On The Menu?

Prepperwebsite.com host Todd Sepulveda recommends budget-minded preppers start with a menu of necessary items such as dry food and canned goods, which are still plentiful at the grocery store.

“People trying to prep their food storage sometimes go to the grocery store and start buying random items. Later, they have to try and figure out how it will all work together and put dinner together,” Sepulveda told The Epoch Times.

“Starting from a menu takes out all the guesswork and ensures that you won’t buy unnecessary items at the grocery store.”

Sepulveda advises making a one-week menu of breakfast, lunch, and dinner of what your family usually eats, making a grocery list, and keeping a clean copy for the following week. 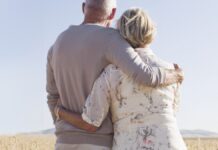 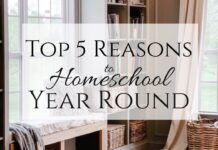 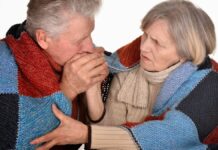 Locked In: How Inflation Impacts Those on Fixed Incomes