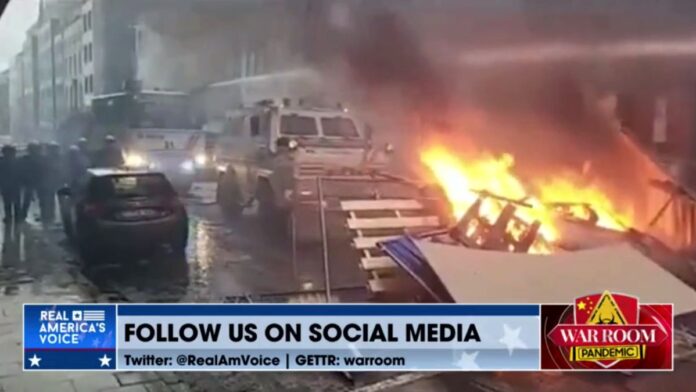 The first clip begins with a montage of video from cities across Europe where thousands of protesters took to the streets to demand an end to vaccine mandates and lockdowns. That is followed by a live report by Ben Harnwell in Rome.

“Over continental Europe this weekend there have been hundreds of thousands of people protesting against the Covid measures taking by the respective governments… The common theme between each and every single one of these countries is we are seeing a rebellion against coercion. That’s the key point here. Don’t think for the folks who are listening at home in the States that this is all on the other side of the Atlantic, and it’s not going to happen here. This is out of control here in Europe and it is definitely coming to America.”

Part 2 continues Ben’s report, and Part 3 picks up with Naomi Wolf reporting on the protests in New York City over the weekend.