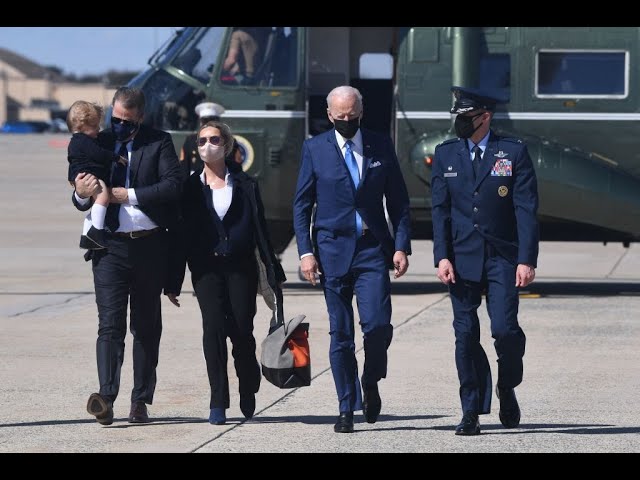 Hunter Biden held dozens of talks with his father from 2008 to 2016, often shortly after returning home from trips abroad on business, according to data from the younger Biden’s abandoned laptop.

At least 30 such talks took place, The New York Post reported on July 16, based on a personal calendar on the laptop. The meetings took place at either the White House or the vice president’s residence at the U.S. Naval Observatory.

The latest revelation comes amid President Joe Biden’s continued claim that the two have never spoken about Hunter Biden’s business dealings, which included transactions with entities and individuals in countries such as Russia and China.

One of the talks occurred in February 2012, when the young Biden met with his father at the Naval Observatory. The meeting came four days after Hunter Biden was wined and dined by billionaire oligarchs in Moscow.

In November 2015, Hunter Biden met with his father again at the Naval Observatory, two days after returning home from a trip to Romania.

On April 15, 2016, Hunter Biden met with Daniel Kablan Duncan, who was at the time the prime minister of Côte d’Ivoire. Less than an hour after the meeting, the young Biden met with his father at the Naval Observatory.

“Hardly a day goes by without another revelation about how intimately involved Joe Biden was with his son Hunter Biden’s corrupt foreign business dealings,” Stefanik said. “The fact that Joe was in meetings with senior foreign leaders on behalf of Hunter and his business associates while vice president further proves that Joe has been lying to the American people.”

“Hunter Biden should be arrested and Joe Biden impeached,” Mills wrote on Twitter.