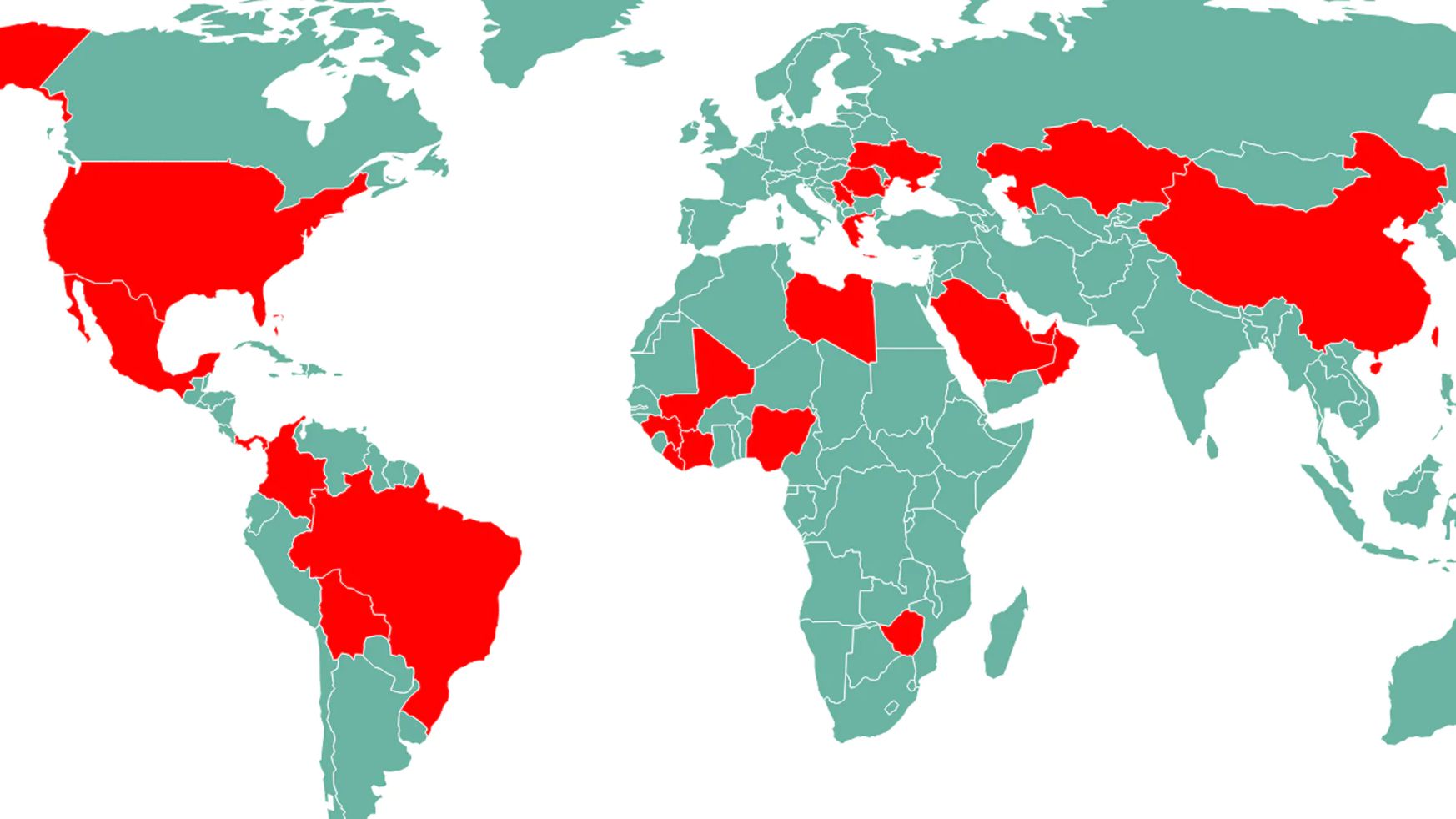 Hunter Biden and his business partners were involved in discussions about possible deals in dozens of foreign countries, often corrupt backwaters, at times invoking official channels like ambassadors, emails reviewed by The Daily Wire show.

While most attention has focused on Ukraine, where a gas company paid the now-president’s son tens of thousands of dollars a month while he was in deep crack addiction, and China, Hunter and his partners at a consultancy called Rosemont Seneca were eager to do business in a vast array of other places.

The map above highlights the countries where deals were discussed or executed, according to a Daily Wire review of emails obtained from the laptop Hunter Biden reportedly left at a repair shop in Delaware and never paid for or picked up. Below is a sample of some of those dealings.

In 2015, Joe Biden’s brother Jim wrote to Hunter about the prospect of a payout for serving as a middleman in an “oil deal” with Carlos Slim, Mexico’s richest man:

Have a very real deal with Pemex (Carlos slim) need financing literally for a few days to a week. Have the seller (refinery /slims) and buyer major being delivered from pipeline in ( h/ USA)   Nothing is simple but this comes very close.  As always the devil is in the detail!  Any interest on the long skirts part?…  Hang in there hunt !! You can and will hold it together. I’m very proud of you and have the greatest respect, you are a great, sweet and incredibly strong man. I know you pal!!!

In February 2016, Hunter wrote to Miguel Aleman Magnani, a Mexican billionaire and son of a former Mexican governor, that he had set up a meeting for “Carlos” and Aleman Magnani’s father:

I haven’t heard from you since I got you a mtg for Carlos and your Dad. We have been talking about business deals and partnerships for 7 years. And I really appreciate you letting me stay at your resort villa…but I have brought every single person you have ever asked me to bring to the F’ing WHite House  and the Vice President’s house and the inauguration and then you go completely silent.

A photo shows Joe Biden meeting in the White House with Aleman Magnani, his father, and Hunter in 2014.

Slim also owned TracFone Wireless, in 2015 the largest corporate beneficiary of the fraud-ridden federal benefits program popularly known as “Obamaphones.” The U.S. government paid Slim’s company $9 per phone line for a service that it sold to the public for $7.