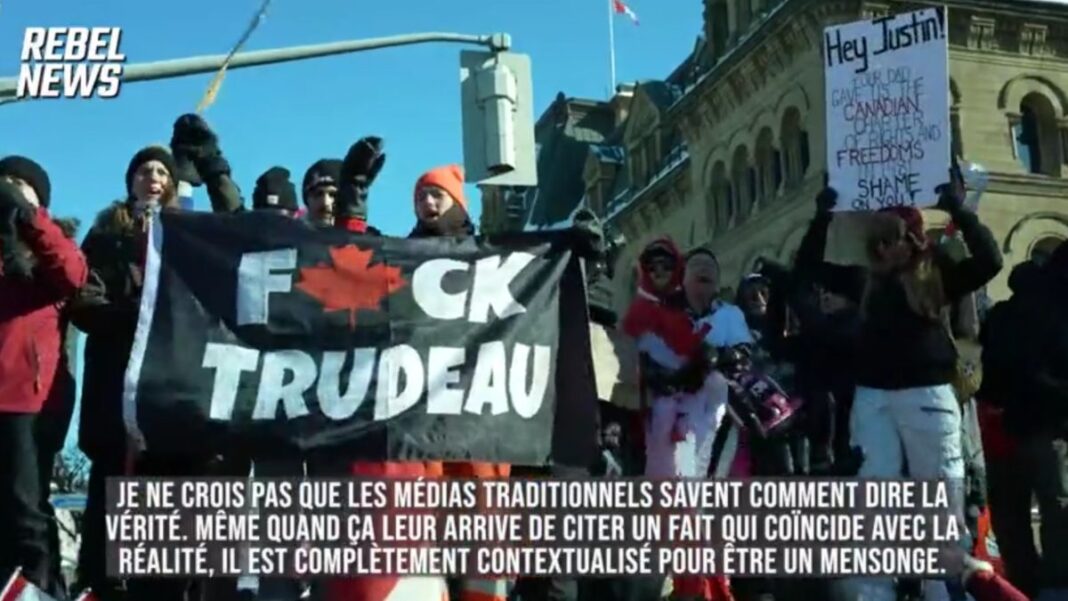 Recently, Prime Minister Justin Trudeau claimed that those who oppose measures such as vaccine passports were merely a fringe minority of society.

I was very surprised when I went to Ottawa this past weekend to see that thousands upon thousands of people seemed to be there to support the truckers’ convoy for freedom.

On site, I saw people of all ages and nationalities. From what I could see, and from the testimonies I could gather, everyone was gathered in love and harmony.

Is the media truly trustworthy when they demonize and minimize those who are against the government’s excessive measures, or should we rather trust the opinion of the people on the ground?

Prime Minister Justin Trudeau’s tweet about truckers on February 1, 2022 when the truckers stand up for our freedom.

Today in the House, Members of Parliament unanimously condemned the antisemitism, Islamophobia, anti-Black racism, homophobia, and transphobia that we’ve seen on display in Ottawa over the past number of days. Together, let’s keep working to make Canada more inclusive.

Prime Minister Justin Trudeau’s tweet on March 31, 2020 praised truckers who continued to work on the roads while the rest of us worked from home.

While many of us are working from home, there are others who aren’t able to do that – like the truck drivers who are working day and night to make sure our shelves are stocked. So when you can, please #ThankATrucker for everything they’re doing and help them however you can.