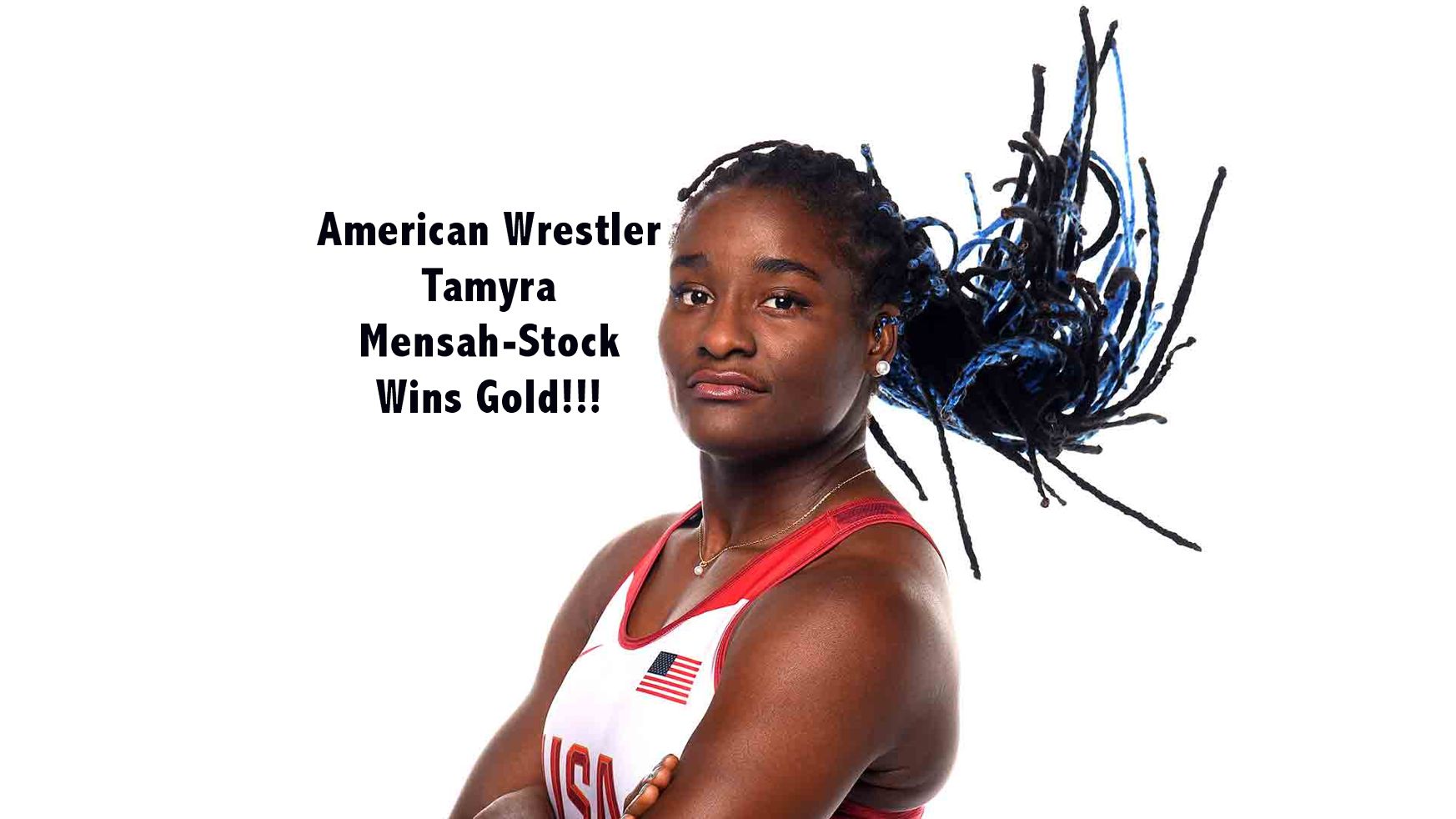 American wrestler Tamyra Mensah-Stock has gone viral after she expressed her love for the United States in an interview following a historic Olympic win, which saw her secure a gold medal in the 68kg final over Blessing Oborududu of Nigeria.

An emotional Mensah-Stock draped the American flag over her shoulders as she took questions from reporters after completing her stunning run in Tokyo by beating Oborududu 4–1 in the final of the women’s freestyle light heavyweight category.

Mensah-Stock on Tuesday made history as the first black woman and the second woman to win a wrestling gold in U.S. history.

“That American flag around your shoulders looks pretty good,” a reporter said to the Olympic gold medalist. “How does that feel to represent your country like this?”

“It feels amazing. I love representing the U.S. I freaking love living there, and I’m so happy I get to represent U.S.A.,” responded Mensah-Stock, wrapping the flag closer around her body. “I love it.”

“It feels amazing, I’m trying not to cry,” Mensah-Stock told reporters. “I want to go hide in a room but people keep pushing me to places.

“It’s a dream come true. I knew from the beginning that I could be an Olympic champion. It was a scary thought but I knew it was achievable.”

The 28-year-old told reporters that she was nervous before the competition but had confidence in her faith and her training.

“It’s by the grace of God I’m able to even move my feet,” she said. “I just leave it in His hands, and I pray that all the practice…my coaches put me through pays off and, every single time, it does. I get better and better, and it’s so weird that there is no cap to the limit that I can do. I’m excited to see what I have next.”

Mensah-Stock told reporters she plans to share her $37,500 winnings with her mother to help her achieve her “dream.”

“I wanted to give my mom $30,000 so she can get a food truck. It’s her dream,” she said. “My mom’s getting her food truck! She’s going to have a little cooking business. She can cook really, really, really well—barbecue. I don’t eat it because I’m a pescatarian now.”