A grand jury in Ohio on July 21 indicted Gerson Fuentes on two felony counts of rape.

Fuentes, 27, raped a girl who was 9 years old multiple times, according to the indictment, which was filed in Franklin County court.

An attorney representing Fuentes did not respond to a request for comment.

The defendant’s arraignment is scheduled for Monday.

The girl also identified Fuentes as the man who impregnated her, police say.

The first rape happened between Jan. 1 and May 11, according to the indictment. The second happened on or about May 12.

Police became involved after Franklin County Child Services alerted officers of the rape. Child services is mandated to report rapes when they become aware of them. The initial report came from the mother of the girl, Huhn testified in court earlier in July.

The girl was later taken to Indiana to get an abortion, according to Huhn.

Fuentes is in the country illegally, according to a U.S. Immigration and Customs Enforcement official.

The official told The Epoch Times that there is no history of deportation, meaning Fuentes may have only crossed the border once.

In prosecutors’ motion to hold Fuentes without bail, they said Fuentes “is not a U.S. citizen.” 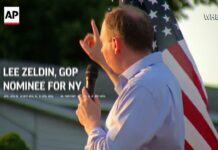